Mazatlán, Sin. – Municipal authorities met with the operational director of Mazatlán FC to agree on actions to reinforce compliance with health protocols during the next soccer game at the “El Kraken” stadium, after publishing images of the crowd on social networks after the last game.

José de Jesús Flores Segura, secretary of the City Council, assured that, during the next game, the “El Kraken” stadium will be open only at 30% of its capacity.

The municipal official called on fans to comply with the sanitary measures established by the health sector, including the mandatory use of face masks, keeping a healthy distance in their seats and following the instructions of the authorities. 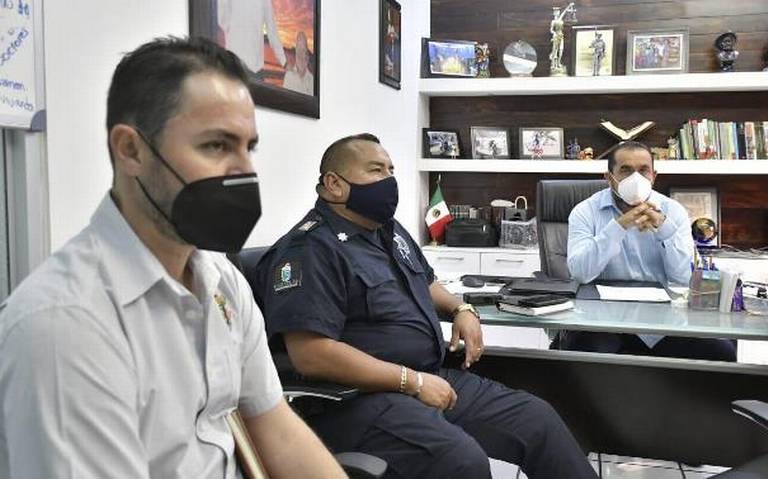 The next game will be next Saturday between the local team and Club de Futbol Monterrey.

“We make a call to the local fans, but especially to the visiting fans, those who come to visit us for both sports and tourism issues, to abide by the indications made by the authority in a preventive manner regarding the health protocols during the pandemic, “ he said.

For his part, the Operative Director of Mazatlán FC, Lennin Pérez Ávalos, said that the club’s board is satisfied and proud of the behavior of the Mazatlan fans during the first match open to the public, in which the local team won.

He noted that they will work together with the municipal authorities to improve the evacuation of the stadium in the following match days.

Due to the fact that the Liga Mx regulations prohibit animation groups, both local and visiting, Pérez Ávalos urged the fans to respect the places that are assigned in their entrance passes if they have tickets and are going to enter the stadium they must abide by all regulations and guidelines.