Mazatlán, Sinaloa.- As of October 5, the Marine Turtle Protection Program carried out by the Mazatlán Aquarium had a record of 821 rescued nests, 78,830 incubated eggs, and 8,446 released hatchlings, with a report of 8 to 10 nests per day since the beginning of the current month, informed the director of this part municipal, Pablo Rojas Zepeda.

He commented that with this progress it is expected to exceed the goal established this year, which represents the figure achieved during 2019, of 1,047 protected nests and 85,000 released hatchlings.

“I believe that this year, in the remainder of October, November, and December, until the end of the year, although the official season of the program ends in November, I believe that we are going to overcome a little rescue of nests from the last year since it has remained a bit, but in recent days it has remained stable, “ he said.

He indicated that despite the coronavirus pandemic and social confinement as a sanitary measure, Acuario Mazatlán has maintained its programs for the protection and safeguarding of marine species, including the Marine Turtle Protection Program.

“The program has been maintained and proof of this is that at the end of September and the beginning of October we have more than 800 nests that have been rescued, with an average of between 8 and 10 nests per day, I think we are going to close a little higher than last year we had around 1,050 ”, he pointed out.

The head of the Aquarium assures that he does not have the resources to reinforce the sea turtle protection program this season.

According to reports, the area with the highest uptake of the turtle is the beach along Avenida Del Mar, with 394 protected nests, followed by Playa Cerritos, with 317 rescued nests, Zona Dorada, with 74, and Olas Altas, with 35.

The months with the most activity in the year were August and September: the first with 315 protected nests, 29 thousand 976 eggs incubated, and 2 thousand 458 hatchlings released; the second, with 389 rescued nests, 37 thousand 732 incubated eggs and until the end of the month the released young had not been quantified.

Rojas Zepeda clarified that in this period there were no larger or massive burrows like other years, they were always between 10 and 22 maximum nests, on the high peaks. 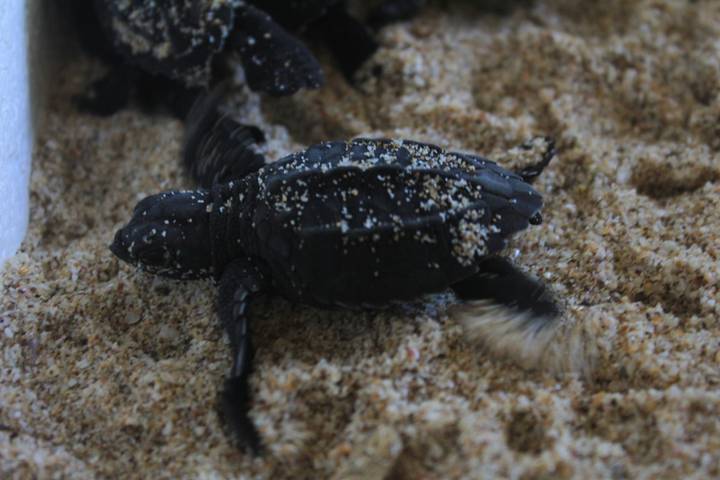 In the first five days of October, there were already 45 protected nests, an average of 9 per day, as well as 4,179 eggs incubated.

He said that the program is expected to close in November, above the annual goal, and with stable arrivals.

Mazatlan drivers willing to regulate music, but ask for an even floor

Everything you need to know about the Christmas bonus in Sinaloa