This continent, located in the Pacific Ocean between Asia and America was once considered the cradle of civilization and the reason why such distant cultures have common ground. 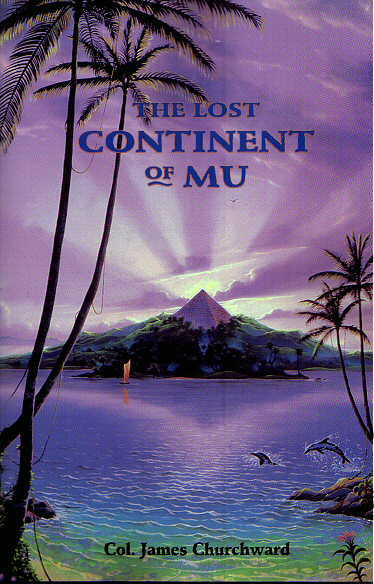 The nineteenth century saw the birth of a myriad of theories that have now been proven to be false or classified as part of paranormal paraphernalia whose only sustenance was the imagination. In the same way, some scientific conjectures are simply wrong because at the time there was not enough technology to prove their veracity.

However, despite the errors, the truth is that some of those beliefs are still seductive and entertaining. They give an account of our imagination and how fascinating a new world can be to discover and in that sense, the lost continents were a fascinating premise – as well as a relatively simple solution – to explain some of the cultures that at different points of the globe have Common things.

Some of these similarities are the use of glyphs for writing, the construction of enormous pyramids, adorations of the figure of the Sun – which in turn use similar names, for example, the Egyptians named it Ra, while the Polynesians of the Island of Easter was named ra’a-, as well as a myth in common about a lost land that disappeared under the sea.

But how is it possible that there are so many similarities in these civilizations?

The explanation for several years was Mu, a lost continent with an age between 20 and 25 thousand years that, like Atlantis, was submerged in the middle of an ocean -the Pacific-, leaving no trace other than legends of ancient cultures and some even claim that in codices and manuscripts.

Augusto Le Plongeon was a nineteenth-century archaeologist traveler who focused much of his work on the investigation of the Mayan civilization in the Yucatan Peninsula, Mexico. He tried to translate the Mayan inscriptions and according to his reading, the stelae told of the destruction of the Mu continent, which he associated with Atlantis and which he proposed to be in the Atlantic. His reading soon led him to argue that the Mayans had founded the cities of Egypt and built the pyramids and that both cultures had ancestors in common.

The origin of the name Mu came from another error of translation, the one of Charles Brasseur de Bourbourg who at the time was translating the Codex Troano with the Landa alphabet and confused two glyphs that when translated formed the word Mu and made reference to a land that was submerged as a product of a catastrophe.

Years later, James Churchward, a writer, and engineer continued with the theory of the continent Mu, but unlike Le Plongeon, he located Mu in the Pacific Ocean. In addition, he argued that he knew of the lost continent from an old Buddhist manuscript that he deciphered with the help of a monk. There, the story of the cradle of civilization was told in a language that was a mixture of Maya and naga-a group of languages belonging to the ethnic groups of the same name in India and Burma.

However, like other lost continents, Mu is nothing different and science has proven that if it had existed, the proposed time periods are too short for the continent to sink or destroy, to the point that it will cease to exist without leaving any trace or trace of its composition on Earth. In the same way, it has been proven that each of the civilizations that the travelers referred to developed independently, so the myth of a common civilization that spread to the rest of the world because of a flood is little feasible.

Flea and tick collar linked to almost 1,700 pet deaths. The EPA has issued no warning