A  through the website specializing in real estate vivaanuncios was published from October last year, the sale of the  San Jose Island in the  Gulf of California,  with a price of 90 million dollars (about 1,500 million pesos), the which “can be negotiable,” according to the publication.

The island, located in front of  Punta San Evaristo, 80 kilometers northwest of  La Paz , from Pichilingue, is about 31 kilometers long and 10 kilometers wide, and according to the seller, there is a tourist-real estate development established in the zone, although it does not specify in what area or what name that project has. 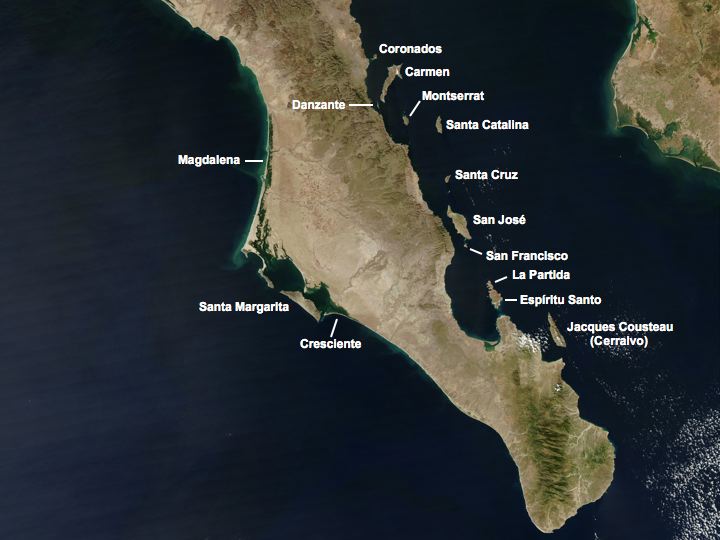 The island San José is part of the insular complex comprising the  Area of Protection of Flora and Fauna Gulf Islands, issued on August 2, 1978, and as currently discussed features a mangrove swamp and a small lagoon that is home to species pelicans, herons, and the fisher sparrow, species threatened by extinction danger.

According to a study by the  Autonomous University of Baja California Sur (UABCS), the Autonomous University of Baja California  and the  National Commission of Biodiversity (Conabio)   which is titled  Specific Wealth, Distribution and Abundance of Land and Marine Birds in San José Island , It released 5,050 records with 80 digital photographs of 49 species.

Another island for sale in BCS is the island Cerralvo, owned by the Rufo family, which is located in the Gulf of California south of La Paz is one of the richest in biodiversity and is on sale for 30 million dollars.

According to the provisions of the  Chamber of Deputies, in 2013, Article 6 of the General Law of National Assets was amended and a second paragraph was added to  Article 162 of the Agrarian Law, to prevent Mexico from selling its islands. A few months later, in April of the same year, article 27 of the Constitution was modified, allowing foreigners to acquire real estate on Mexican beaches and coastlines.

Casa Herrasti, the Mazatlan mansion that was a military barracks