The Senate of the Republic approved, unanimously, the opinion of constitutional reforms to the Social Security Act and the law of the Institute for Social Security and Services for State Workers, with which guarantee the right to social security of the same-sex couples nationwide.

Germán Martínez , who presented the proposal before the Plenary, on behalf of  Morena,  recognized the LGBTTTI community,  Senator Malú Micher,  who subscribed the initiative, the disposition of the political parties, to the movements of social diversity, which “have fought for to fully conquer their rights … today not only do they and they win, today we win the senators and the senators “.

He also expressed his gratitude to Ricardo Hernandez Forcada, director of the Sexual Diversity Commission of the National Human Rights Commission, and paid tribute to the first couple who won an IMSS trial in Jalisco, Luis Guzmán and Genaro Martínez.

“The fourth transformation is underway alongside civil society and together with it, we will build a society for all and all … Social Meeting will vote in favor of this opinion,” indicated the PES senator, Eunice Romo .

“The parliamentary group of the PRD will vote in favor … we consider that this constitutes a demand raised by our party in previous legislatures … derived between marriage or other actions in same-sex couples … we will comply with a demand to correct the sexist language, “said the PRD, Juan Zepeda, he said that social security should be provided to those who joined in marriage being of the same sex. 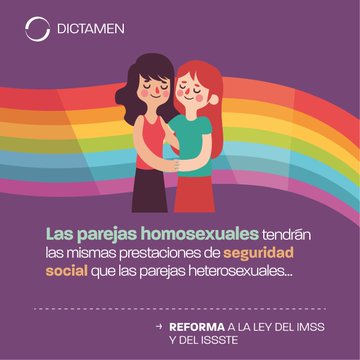 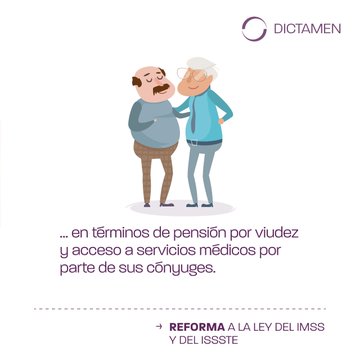 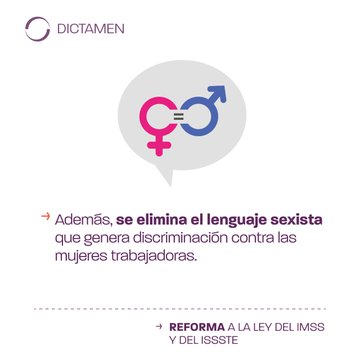 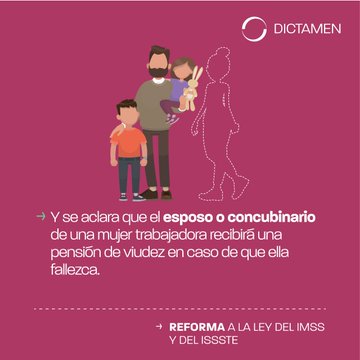 “I applaud the decision of the constitutional changes in the initiative … today we take a big step in equality,” said PT Senator  Nancy de la Sierra Arámburo.

The legislator of Movimiento Ciudadano, Patricia Mercado, acknowledged those who promote this movement, as well as the senators who promoted the initiative, “we are on the right path,” he said.

For its part, the parliamentary group of the PAN said in favor of the opinion, because “it harmonizes our legislation on social security … we express our support and vote in favor … the PAN will always be in favor of human rights”, indicated the PAN Mayuli Latifa .

When the opinion was approved, the Moreno Senators Ricardo Monreal, Malú Micher and Germán Martínez celebrated with the community of sexual diversity the approval of the opinion.

“Morena will not disappoint you, we are with all of you,” said Micher.

While Martinez said it is a historical fact “the doors of IMSS and ISSSTE , should not be closed by prejudice, or to discriminate against anyone … love with love is paid,” he said.

Equal rights without distinction of sex.

– Medical attention and support in case of orphanhood for beneficiaries of equal marriage .