The bloc proposed to modify the laws of the IMSS and ISSSTE for the benefit of same-sex couples and their children.

The bench of Morena in the Senate , the largest in the LXIV Legislature, debuted with an initiative with dedication for the LGBTQ community.

Under the signature of feminist activist and senator Malú Micher , senators related to President-elect Andrés Manuel López Obrador presented a proposal to change the law of IMSS and ISSSTE so that same-sex couples and their children receive the medical care they receive heterosexual couples.

Currently, the laws of both institutes implicitly exclude same-sex couples from the insurance of diseases and maternity, among other rights, despite the fact that in 2014 the Supreme Court of Justice of the Nation established that it is an unconstitutional rule.

The initiative was presented this Monday by the former national president of Acción Nacional and now a senator for Morena, Germán Martínez, who assured that the initiative pays a historical debt with the LGBTQ community. 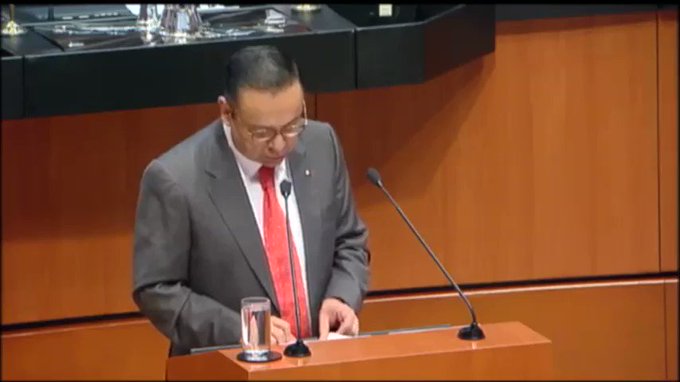 “It is not only an act of strict adherence to the rule of law but appeals to justice and the deep conviction that there is no single model of family organization or a single way of loving, ” said Germán Martínez, previously considered a right-wing politician.

The initiative was celebrated and supported by senators from all parties, including the conservative National Action and Social Encuentro, so it is expected that it will soon be handed over to the Chamber of Deputies for approval and subsequent promulgation by the Federal Executive.