Insecurity, runoff of drinking water, formation of potholes, and abandonment of dogs and cats are the main problems that afflict the inhabitants of the settlement.

Mazatlán, Sinaloa.- Insecurity, water runoff, pothole formation, and abandonment of dogs and cats, are the main problems that afflict the inhabitants of the Alborada subdivision.

Don José María, a resident of the settlement, points out that you cannot even leave the house alone because they “empty” it all; even the water keys are stolen.

“You can’t leave the house alone because when you come back you can’t find anything, there is a lot of insecurity in this subdivision,” he said.

The main factor that has triggered thefts, he mentions, are addictions, because, in order to get money for vice, people steal everything that has value. In this way, he regretted that the Secretary of Security has little intervention in this regard.

Among other problems of the subdivision is the lack of culture on the part of its inhabitants, who throw water into the street through the storm drain and abandon their pets.

“People wash and throw the water into the rainwater, there is no culture. There are many cats and dogs that do not have owners, that abandon them; they catch them when they are little and when they grow up they let them go,” he added.

The constant runoff floods San Luis Street, where large potholes have already formed in the pavement. 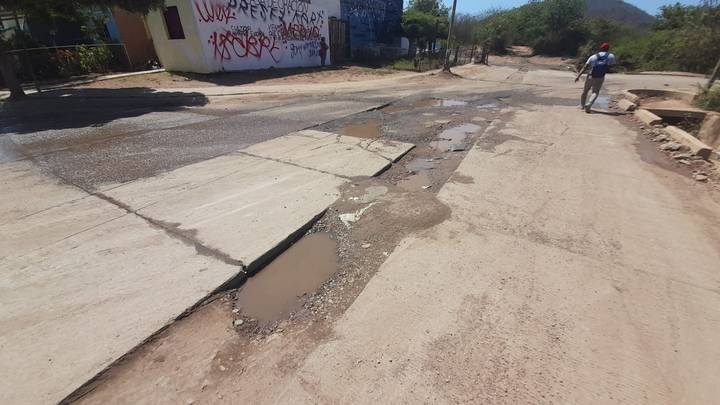 The streets are very run down.

He added that 50% of the people who live there are invaders, they grab water and electricity as best they can, and that in a certain way also generates a problem, by connecting to these services irregularly.

He indicated that the Ecology or Jumapam offices have never been seen approaching the subdivision to talk with the neighbors about these problems.