Mazatlan. Without-. After a successful Holy Week and Easter vacation period, with hotel occupancies at 95% and a historical economic spill of 1,100 million pesos , Mazatlán will maintain its good tourist streak for the coming months, until summer.

The director of the Association of Hotels and Tourist Companies of Mazatlán, Julio Birrueta, confirmed that according to the reservations in the beach lodging establishments , the following weekends will reach an occupancy of 75% .

” We have already done everything necessary in terms of negotiations for the summer, now we are going to start working for the winter season, ” he said.

He commented that summer is coming well, for the four weeks of July and two of August they expect occupancy levels of 75%, with full weekends. 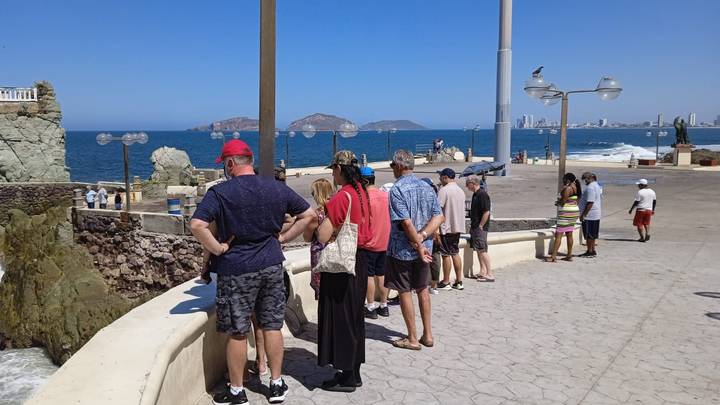 During the week the influx of people drops a little, compared to the weekends.

” These numbers are very similar to what we brought before the Covid-19 pandemic, everything that is summer, Christmas, Easter and official bridges, the behavior in the occupation is similar ,” he said.

Julio Birrueta pointed out that for five years, prior to the pandemic, July already brought this trend, while May has been the same, because the drop in congresses and conventions has been replaced by pleasure tourism.

” Weekends are well occupied in May and June, I’m talking about levels of 70 and 75%, which is very good, and generally lower during the week ,” he insisted.

The hotel executive announced that by the fall of this year, the congress and convention segment will have a significant recovery, however, he is confident that by 2023 the levels that were before the pandemic will be reached.

He pointed out that the concern of Mazatlan, paradoxically, is not the occupation, on the contrary, there is tourism and there is an excellent job offer, there is even a struggle to find personnel for certain positions within the hotel industry.

“The problem is not quantitative, but qualitative, we need to give game to the rural area of ​​Mazatlan, as well as Rosario, Concordia, Copala, Teacapán, in Escuinapa,” he concluded.

Mazatlán, the municipality with the highest rate of home robbery in Sinaloa during 2021

The secrets of Mazatlán’s ceviche Kaliwas

Vendors and musicians out! Guests are conditioned to stay in a hotel in Mazatlan