In September, neighbors reported that they had been struggling with the drainage for five months since the sanitation network had collapsed since April.

Mazatlán, Sin.- Due to a lack of budget and material, Jumapam has left a half work in the Luis Pérez Meza walker for 15 days at the Infonavit Jabalíes.

In September, neighbors reported that they had struggled with the drainage for five months since the sanitation network had collapsed since April, which caused the registers to overflow with smelly waste in some homes.

It wasn’t until a couple of months ago that the call was answered. After insisting with the paramunicipal, the problem now is that they left the work half-finished.

“This has been like this for a while, about two months

He added that he has only seen a Jumapam worker who is going to supervise the work, but for the section that includes his business, no worker has stopped there. 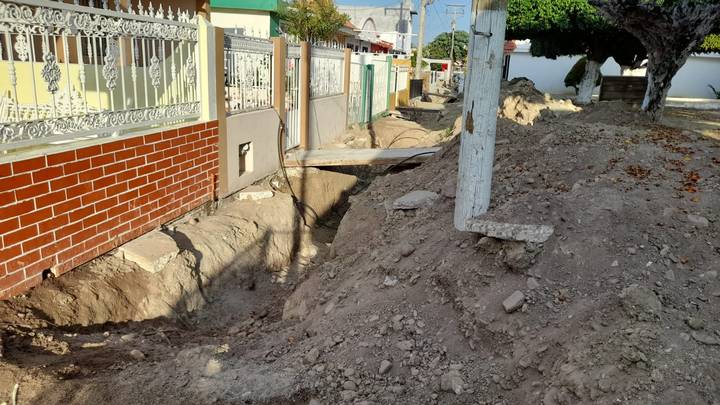 The residents of the walker used platforms and boards to make temporary bridges and thus be able to leave their homes to carry out their daily activities, although with the fear of suffering a fall.

“They already told us that until January, because there is no budget, there is no material, to get out we have to surround, ” said a neighbor.

Doña María Gloria indicated that for 15 days no one has come to work anymore, and since she is an elderly person, it is difficult for her to walk through the piles of dirt and rubble.

” They left this pig farm lying around, they have 15 days that they no longer stop to work because there is no material. I have no light in the kitchen, in the bedroom or in the bathroom, nothing else in the living room. I have no water in the Sink to be able to wash dishes I have to carry water from the bathroom and as I am, it is very difficult for me, “he said. 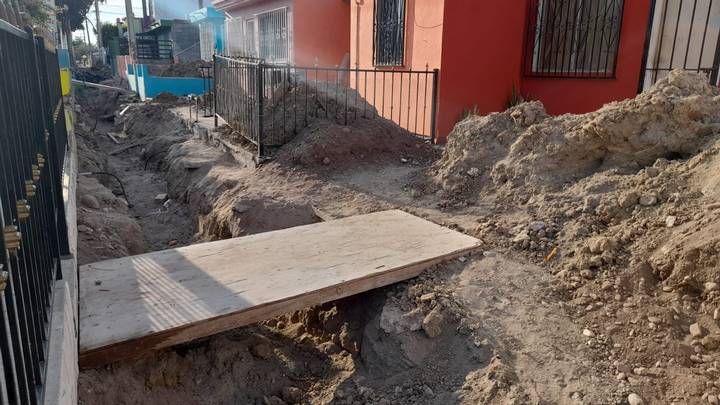