Culiacán, Sinaloa.- Deputy Almendra Negrete, president of the Commission for Gender and Family Equality of the State Congress, filed a complaint with the Attorney for the Protection of Girls, Boys and Adolescents of the State DIF System for discriminating against a minor, in addition to Exhibit it on social media for your sexual preference.

Negrete Sánchez also demanded that the corresponding authorities sanction and remove from office a teacher from the English School in the state capital because the minor who studies high school has been a victim of it, by discriminating against him and exposing him with lies to the educational community and social networks. 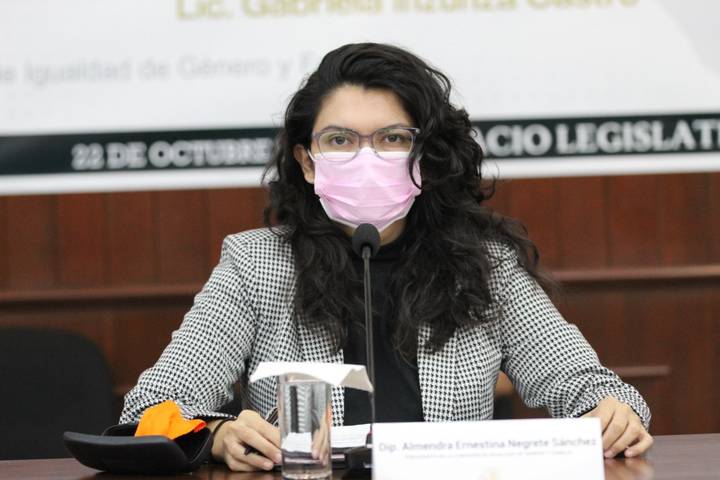 “ Today I call on the authorities and I ask for their intervention and support in favor of a minor who is in high school at the English School in Culiacán. He describes himself as a member of the LGBTTTIQ community and has manifested his homosexuality to his mother, who, far from providing emotional and psychological support, has forced him to hide it and also to feel ashamed of his sexual orientation, “she said.

She regretted that in addition to her family situation, the deputy of Morena said that the teacher also asks the teaching community to ignore the minor, which is totally discriminatory and anti-pedagogical behavior, pretending that the minor was not there.

She reiterated that the intervention of the Ombudsman for the Protection of Girls, Boys and Adolescents of the State DIF System is important since the parents of the minor have decided to allow these abuses against them, to such an extent that they require effective guardianship and protection in the interest superior of the minor by the Attorney General’s Office.

“Given these facts, I requested that this teacher be removed from her position for violating the best interests of the minor and that the institution be sanctioned, action be taken on the matter and the mother’s state of mental health be investigated by means of psychological partial of the minor and the degree of affectation of the affected one ”, indicated.

Who is David Toscana, winner of the Mazatlán Literature Award?

We feel safe traveling through Mexico and Sinaloa, Canadians say.