MAZATLÁN.- Whether you are a foreigner or a resident, you may realize that getting a house for sale or rent in Mazatlán has increased. But what is generating it?

Investment in public infrastructure, such as Central Park, the Mar de Cortés aquarium, and even the remodeling of the Teodoro Mariscal Stadium, and the new El Kraken football stadium, have boosted values.

However, the real estate “boom” that the destination is experiencing has also contributed, both in the raw land and in the most exclusive area that covers from Marina and Cerritos, said the president of the Comprehensive College of Appraisers, Óscar Soto Valle.

Valle Soto said that he has managed to perceive the increase in the port in an important way from 5 years to date since the value of land and properties, even in mountain areas where it was sold for 500 pesos per square meter, today has a price of up to 4 thousand pesos per square meter due to the added value that has been achieved.

“Without a doubt, the influence that the real estate boom has had has been given in Mazatlán, it has come to improve the value of the farm, land and buildings, the location has a considerable influence on the question of their values”; Valle Soto commented.

The appraiser clarified that the value of land, as well as properties, is linked to the area in which they are located, with the most sought-after parts being the city’s beaches from Zona Dorada to Punta Cerritos.

For his part, he added that there are popular settlements in the city that have gained strength, such as Valles del Ejido, where loans can be made for affordable housing.

The president of AMPI acknowledged that, although speculation continues, large landowners are already starting to sell 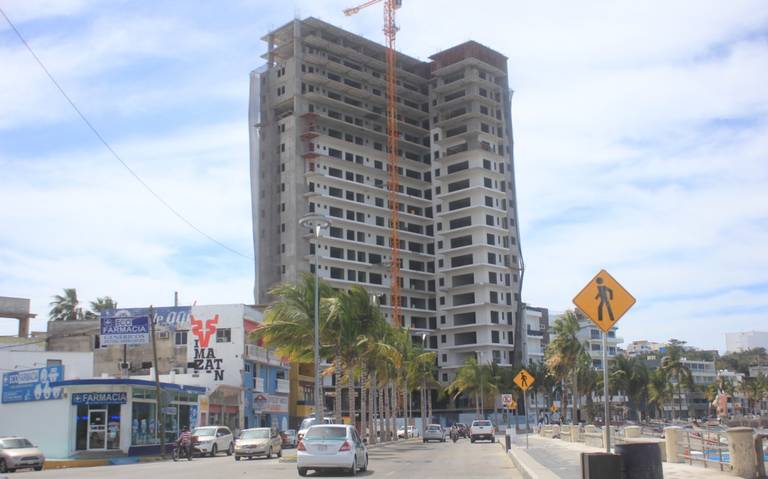 With the improvement in urban infrastructure, the value of land in Mazatlán has increased by at least 20%, revealed Roberto Arellano Osorio.

The president of the Association of Real Estate Professionals of Mazatlán said that in recent years the city has had a large number of new avenues and others have been remodeled.

“Increases in property appreciation with these new investments, the lands begin to suffer an increase in value due to the infrastructure issue that is generated because the entire area is going to start to be populated,” he said.

Arellano Osorio commented that the value of the land has increased in general terms by at least 20%, those with a higher percentage are selling.

He admitted that land speculation and price increases continue, but when the seller and buyer sit down to talk and an agreement is reached.

“The large landowners are already agreeing to sell because at the end of the account growth reaches them, there are lands that remain idle for a long time for the same price that they have, they cannot be acquired,” he said.

He recalled that the development of a tower or a horizontal house depends a lot on what you buy so that you can sell it, there are lands where they go out of price and you have to make vertical housing to complement it.

In addition, the president of AMPI pointed out that property prices have also increased as a result of the real estate boom and the market remains stable.

“There are developments with a lot of infrastructure in the architectural area in which the commercial value has increased a little, but it is within a margin and we are still substantially below Cabo, Vallarta, and Cancun,” he concluded.

Mazatlan pulmonia drivers claim to be extorted by municipal police