Mazatlán, Sinaloa.- The Municipal Coordination of Civil Protection detected 10 businesses in the first square of the city with possible structural damage, for which they were required to guarantee that they do not represent a risk for those who live or visit them to make a purchase.

The coordinator, Eloy Ruiz Gastélum, explained that after the death of an employee of a shoe store when the roof fell on her, in the city of Culiacán, in Mazatlán, the inspection work that is normally done in all points of Mazatlán was reinforced, giving special emphasis to the first picture of the city, as they are considered to have older structures or buildings.

” As a result of this, about 10 assessments were left from the inspection and regulations area, so that the tenant or owner, possessor or administrator of the property, guarantees through a study by a specialist third party that the structure of the property does not run the risk of collapse or damage considered serious, “he said.

Otherwise, the municipal official indicated, he will have to make the pertinent repairs according to the results of this study.

He specified that all those buildings considered potentially risky are established businesses. He added that the revisions were made in the entire first square of the city, while in the Historic Center, only one was visited on Constitución Street at the request of the same resident. And with regard to the restaurants that are inside old colonials, he said that they were also visited.

Ruiz Gastélum reported that the owners have approximately one month, which the law allows them, to present their structural opinions and as of Friday, Civil Protection has already received five. 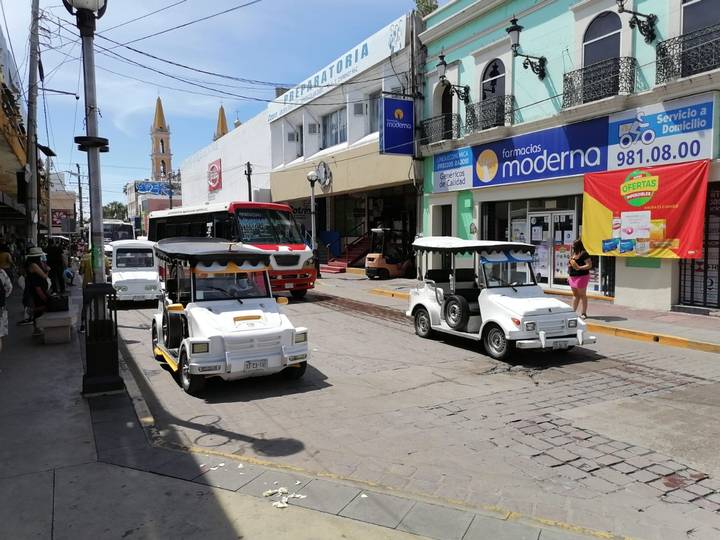 He stressed that the owners will be obliged to make the corresponding repairs according to the result that the study carried out by a third-party accredited specialist has given them.

” Definitely you do not want unsafe properties to guarantee the safety of the people who inhabit or operate the buildings or who visit them on a regular basis, ” he said.