It is estimated that in the port there are about 300 homeless, and mentally ill people who walk the roads and who can become a danger if they become aggressive

Mazatlán, Sinaloa.- “Right now I see people lying in the street at every traffic light, unfortunately, there is no mental hospital for these people, unfortunately, I cannot bring myself a violent schizophrenic person and I put those I have at risk in here ”, comments with anguish Héctor Miguel, manager of the Una Gota en el Océano shelter.

He estimates that there are about 300 homeless, homeless, and mentally ill people walking the streets of the city, something that in the long run is very dangerous, because those mentally ill, if they do not take their medicine, sooner or later they become aggressive. 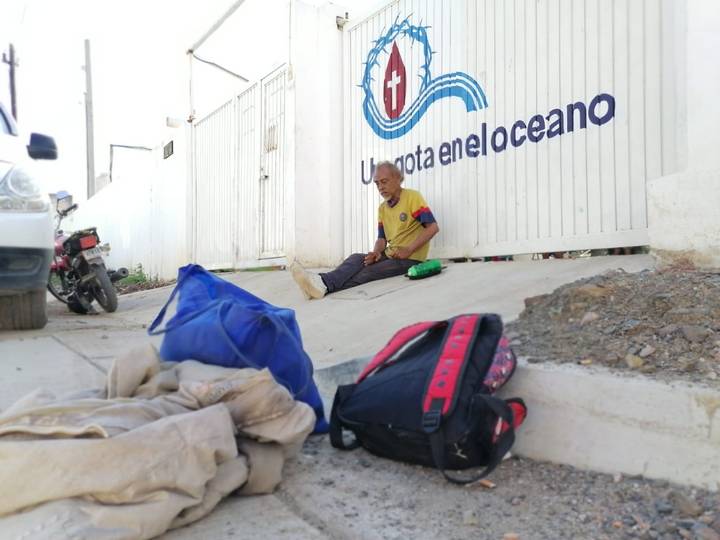 LIFE IN A SHELTER

Passing through the iron door seems to inject life into tired eyes, and with a slight smile, they welcome visitors. They have just had breakfast and sitting in the center of the large patio, they wait for their television to be turned on. More than some are friendly, others serious, but it takes a few seconds to make visitors feel confident.

A few yesterdays ago, the president of the current Board of Trustees of the Una Gota en el Océano shelter, whose name was reserved, accompanying a priest, also today a member of the Board, arrived at the Casa Damasco, located near the Juarez Bridge, to bring lunch to the dwellers. They were surprised by the environment where they lived, surrounded by cockroaches and rats, that is, in a precarious situation.

This person, explains Héctor Miguel Torres Guzmán, manager of the Una Gota en el Océano shelter, feels a call to get them out of there and begins to look for land. This person, he says, met Mother Saint Teresa of Calcutta, who when she arrived in Tijuana, he was her driver and brought her everywhere.

“He is a Catholic and a person with a big heart. He said: they cannot be living in this situation, so get this land that I think has not been paid for to date and start with a bedroom and they start putting those who were in Casa Damasco here and then later, with the help from some people, Canadians, and Americans, the men’s and women’s dormitory is built; Thanks to the donations of other people and that’s when Casa Damasco closes and people come here to the shelter and put A Drop in the Ocean. Mother Teresa of Calcutta used to say: a drop in the ocean, we are all small drops in an immense ocean, if those drops did not fall into the ocean, the ocean would be dry ”.

Héctor Miguel emphasizes that they live on donations, where what people bring them is what he gives them, both clothes, medicine, their meals; while the board of trustees is in charge of paying salaries, water, electricity, gas, or repairing the trucks.

Currently, the A Drop in the Ocean shelter has 20 men and one woman, 21 in total. The youngest is 43 years old, he is mentally retarded and has epileptic seizures, and does not speak; the oldest is 93 years old. The shelter has the capacity for 25 people, and at present, due to lack of staff, they cannot bring in more people, since there are only six people who attend to them: the cook, a woman who helps him in the kitchen; he as the manager and who also acts as the driver and covers the breaks for the other workers who help take care of the grandparents, and a night watchman.

URGENT NEED FOR A PSYCHIATRIC HOSPITAL IN MAZATLAN

I arrived here in Mazatlán about 7 years ago and I had not seen so many people like this on the street, and we as an institution, who take care of helping the poorest of the poor, is to help people who no longer have economically, that they are spiritually dead, that they are dead because the family abandoned them ”, he lamented.

” Right now I see at every traffic light people who are lying in the street and we have actually discussed it with people who have come with people from the Board, unfortunately, there is no mental hospital for these people, the only one is the one in Culiacán, for What I understand, but to channel them there is difficult, I think it would be good if they opened a Psychiatric Hospital in Mazatlán ”. 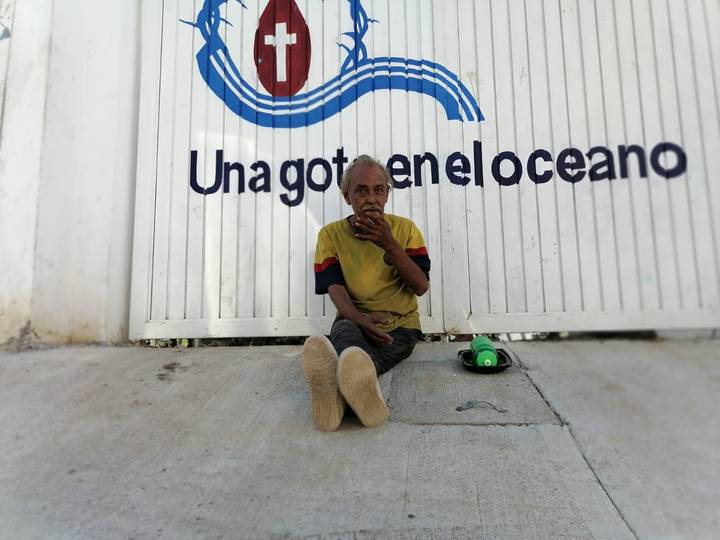 -You who have traveled the city and have the knowledge, how many homeless people will there be in the city in a street situation?

Asked about the people who go and “throw” them to the community of El Habal or Puerta de Canoas, and they come walking, he confirms that he has heard about this problem.

“ I have heard it, I go to the Habal to a donation from a person in El Habaleño, I have not had to see them but I have heard comments about that, that in order not to have them here in Mazatlán, they are ‘thrown away, I am not aware, true, but I have heard several comments ”.

Héctor Miguel reiterates the need for Mazatlán to have a psychiatric hospital to help all those people who are on the streets because he warns that in the long run, they will become dangerous, because if those mentally ill people do not take their medicine, sooner or later they become aggressive.

“ I say them from experience, because I was with the Missionaries of Charity parents, in fact, I am a former methamphetamine addict and alcoholic, but by the Grace of God on November of this year, the 24th, I turn 10 years clean, blessed God and part of my process is to go to Ciudad Juárez to a hospital where we treated 106 mentally ill patients and we know that their character changes in the blink of an eye, and these people who are on the street, late or early behaves aggressive and can harm other people by taking 5 or 10 pesos from them ”.

YOU ALREADY HAD A CASE OF AN AGGRESSIVE PERSON

The hostel manager explains that in A Drop in the Ocean they want an outside person not to come to cause damage because it has already happened to them on one occasion.

“ I put in a person who did not appear to be schizophrenic, but at night I wanted to hang the sick, I couldn’t have him here, imagine he kills me one of the grandparents, what am I going to do? I had to give this person an outlet, so as not to put at risk those I already have here at home, who have known them for years ”.

Regarding whether the 21 grandparents who are in the shelter have a relative, he indicates that they all have a family, and gives an example that even an orphan child has a relative: a father, a mother, or uncles or nephews. But you also have to distinguish those who have families but are treating you badly and it is because of the people that they go and bring them to them.

“ There are people that I have gone to pick up at their house, who are in a small 4 x 4 room full of cockroaches and rats and to one side their family lives, so it is as if they have no family because they are not taking care of them as they should be. to attend and that is our desire, to rescue them from there and bring them here, that they live in a condition of life in the short or long time that they are going to live but that they live it with dignity as a human being ”. 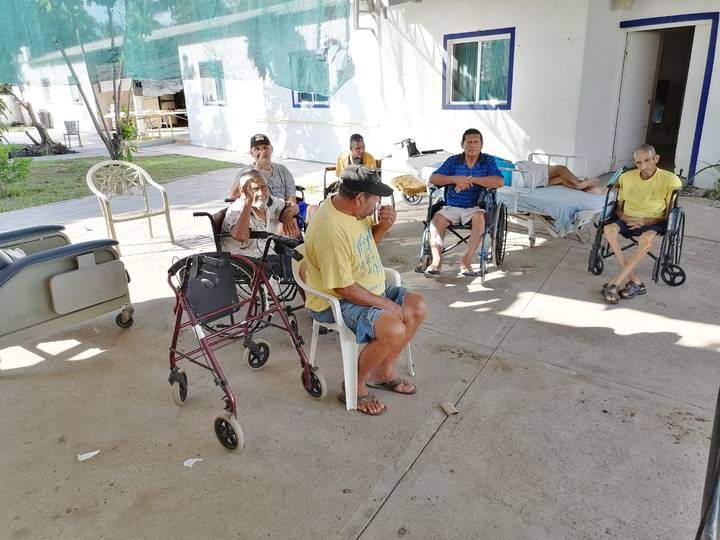 He stressed that this is the mission of A Drop in the Ocean, to go for the poorest of the poor.

Héctor Miguel paused to take a large television out of one of the bedrooms so that the grandparents could watch a program. Still, others prefer to be under the shade of one of the trees in the courtyard to enjoy the song of the birds or lose themselves in the memories. They say that’s how mornings are at the shelter.