Mazatlán, Sinaloa.- Merchants on Playa Gaviotas street in the Golden Zone of Mazatlán complain about the slowness of the work, but above all about all the pollution that this has generated in terms of garbage and debris that hinders the traffic of pedestrians and customers.

They assure that neither the construction company nor the municipal or state government has heeded their call, since having the streets open with ditches, wells and the accumulation of rubble puts tourists at risk, in addition to leaving a bad image of the city for tourists. visitors who have already started arriving on tourist cruises.

Omar López, a merchant in the area, said that all this has meant a drop in sales since there are days when they register zero income since tourists turn around business by not being able to approach and those who have done it some they have suffered accidents when tripping over the rubble.

” The situation has dragged on for a long time, we understand that it is for the good that we agree, but we also need to support us in having the security area passable, we have had to see people who fall with the rubble, the space is not passable. There are days. where we have zero sales, “he said.

Although garbage and some debris were removed on Wednesday, other effects still persist, such as drainage blocked by cement, the lack of internet service and some floods.

He pointed out that the work has taken a long time and although they know that this will bring great benefits, they require that they support them by having the area passable. 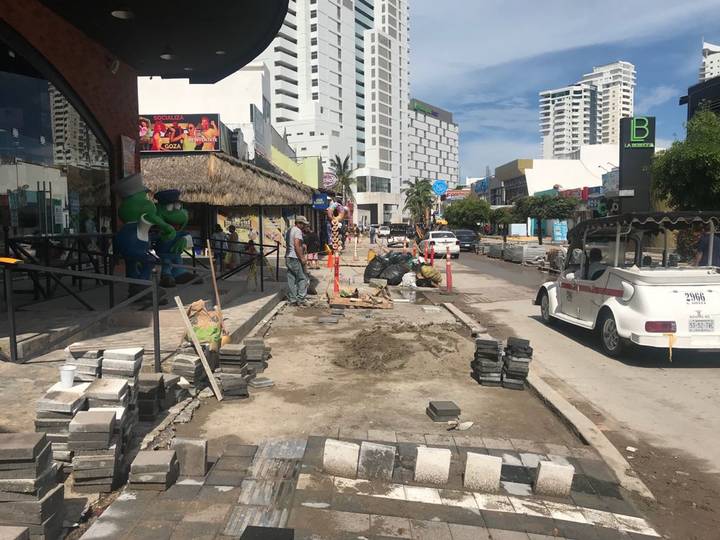 In addition, the merchant added that one of the accesses to the beach has been obstructed for more than 3 months and there is still no date for completion of the works.

It was in June when the remodeling work began on the Playa Gaviotas road circuit, which included the placement of new drinking water and drainage networks, along Playa Gaviotas avenue, Playa Bugambilias street and the Privada de Las Garzas, with an investment of 13 million 832 thousand pesos.