Along Avenida del Mar, Zona Dorada, and Cerritos you can see how the impact of the waves dragged the sand into the sea

Mazatlán, Sinaloa.- The strong waves caused by Hurricane Nora, eroded several stretches of beach in Mazatlán, mainly in the area of ​​the Malecón, Zona Dorada, and Cerritos.

Lifeguards commented that after several days of strong waves, stretches of beaches were eroded, making access difficult for bathers and beach vendors.

They explained that this natural phenomenon occurs every year in the months of August to October due to the hurricane season since in August the highest mean sea level of the year is recorded, so the waves intensify and in turn, cause the movement of the sand.

The beach vendors stated that erosion affects their work since in some sections the sand disappears or remains as fences.

” We cannot walk on the beach since the sand is very high and it is difficult for us to go up and down, and there is not much space for bathers, ” they said.

For his part, the member of the College of Architects, Johnson Erick Gutiérrez Díaz, warned that vertical buildings will affect the change of tides and beach erosion. 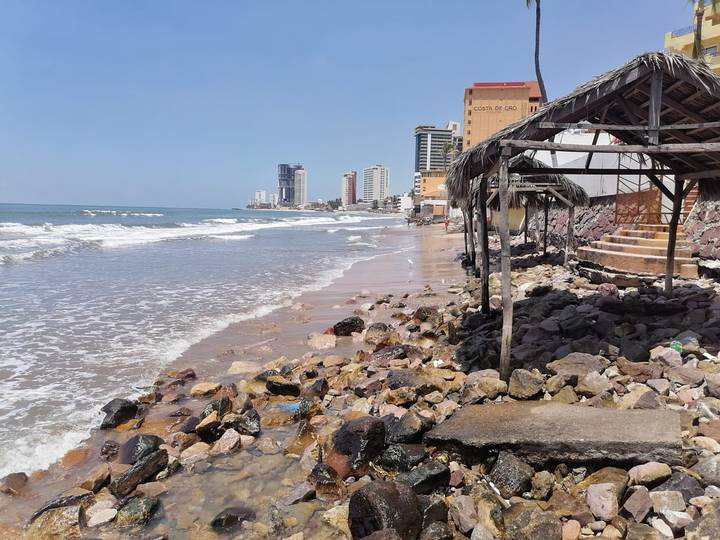 ” Urban development has more to do with this comprehensive study in the form of environmental management. The city is in a historic moment where regulation could begin to avoid greater impacts that can hardly be reversed,” he said.