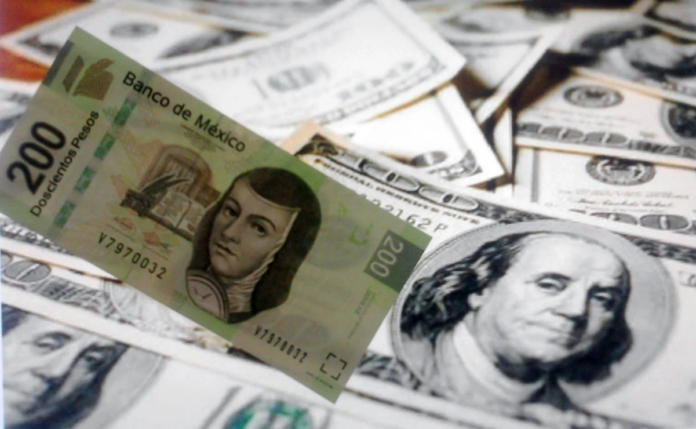 The dollar is sold for more than 21 pesos at bank windows for the fourth consecutive day, after last week market participants were scared by the increase in the yields of Treasury bonds in the United States.

CitiBanamex opened this morning offering the currency at 21.12 pesos, two cents more expensive than yesterday, Monday. Inbursa exchanges the dollar at 21.30 and Scotiabank at 21.70 units.

Figures from Bloomberg indicate that the dollar is trading at 20.66 pesos in wholesale operations, the same level at the close of Monday.

Since last week, dollar gains were related to higher Treasury bond yields in the United States and investors’ concern that the economic recovery, combined with fiscal stimulus, could cause a jump in inflation by pent-up consumer demand when restrictions stemming from the pandemic end.

On the fiscal stimulus in the United States, President Joe Biden will meet this Tuesday with all the Senate Democrats to try to close the gap between the progressive wing, which seeks to increase the minimum wage, and those more conservative, who seek a more law. concise.

In that country, attention will focus on the speeches of Lael Brainard, a member of the Federal Reserve (Fed), who will speak at the Council on International Relations at 12:00 hours, Mexico City time, while Marý Daly , president of the San Francisco Fed, will participate in the Economic Club of New York at 1:00 p.m.

In Mexico, the results of the survey of expectations of specialists in the private sector economy applied by the central bank will be published at 09:00, while the Ministry of Finance will release the public finance report for January during the afternoon.