Drugs worth one billion pesos were seized in Ciudad Juárez, Chihuahua on Tuesday, December 8th.

A total of USD 65.2 million distributed in fentanyl, marijuana, crystal and heroin. That is what the authority in Ciudad Juárez, Chihuahua (north of Mexico) has seized in an abandoned trailer.

According to reports from the Chihuahua Attorney General’s Office, the cache – 8,810 pounds of fentanyl, 2,893 pounds of cannabis, 144 pounds of crystal, and 13,216 pounds of white heroin – was hidden in plaster sacks transported in the tractor-trailer.

The seizure was made after an anonymous call that alerted of a “suspicious” shipment.

The trailer was made available to the corresponding authority for investigation, which will determine its origin, destination, and ownership. 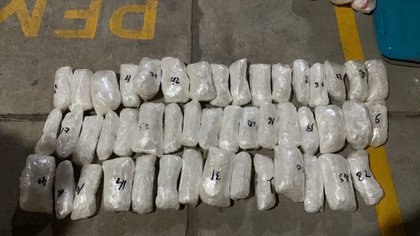 Ciudad Juárez is the border strip through which most drugs enter the United States. In the city, there have been repeated episodes of terror caused by drug trafficking. In 2007, war broke out in that region when the Sinaloa Cartel, then headed by Joaquín el “Chapo” Guzmán, began a battle against the Juarez Cartel to take over the area.

The operation carried out with the collaboration of the Army, dismantled a small empire of drug cartels that send thousands of quantities of fentanyl to the northern border of Mexico.

In the event that this drug had reached its final destination, the traffickers would have obtained the following profits:

-1,200 million pesos with the assurance of 8,810 pounds of fentanyl that would have produced four million pills, each with a price of 300 pesos. 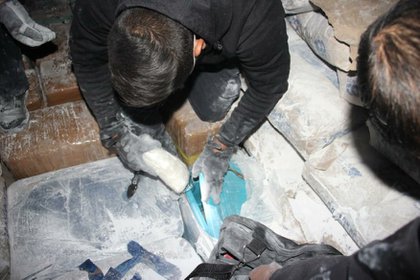 Synthetic drugs are causing the death and intoxication of Mexicans in the main cities of the northern border. For example, the number of fentanyl-related overdoses, a synthetic opioid 100 times more powerful than morphine, has reported an increase of up to 300 percent.

According to reports from the DEA, opioids are trafficked mainly by the Sinaloa Cartel from the moment it arrives at the ports of Ensenada, Manzanillo and Lázaro Cárdenas, from China, Hong Kong and Singapore, until it crosses the border states Mexican, mainly Sonora and Baja California.

Ovidio Guzman Lopez, son of “Chapo” Guzmán, is one of the main exporters of synthetic drugs to the United States. On April 2, 2018, the Federal Court of Columbia, in the United States, issued an arrest warrant for the crimes of criminal association to distribute drugs against him.

Sinaloa will add two new municipalities to the state