Specialists point out that Pemex does not maintain its pipelines and that there are no location maps of these.

The explosion of a pipeline of Petróleos Mexicanos (Pemex) on July 19 in Poza Rica turns on the red lights and should be taken as an alert to avoid an accident of greater magnitude, oil specialists said.

They agree that the accident that left 4 people dead and one seriously injured person in the La Barita neighborhood could have been avoided by having a detailed report on the areas through which the active and abandoned pipelines that the national company has in Veracruz pass.

A greater tragedy could come

Horacio Zárate Acevedo, president of the National Council of Energy and Petroquimica AC, pointed out that with the explosion that occurred in Poza Rica a red light comes on in the face of the great incident that may occur in the state of Veracruz. And it is that, he assures, for decades Petróleos Mexicanos has ignored the alerts that various specialists have issued and has refused to undertake a preventive and corrective maintenance program in the more than 11 thousand kilometers of pipelines that exist in the entity. “There is a widespread alert in the state of Veracruz, which is the fourth with the largest oil presence,” he said.

Zarate Acevedo indicated that although the management plan for the pipelines, gas pipelines and pipelines that run the entity should be headed by the national company, the National Center for Natural Gas Control (Cenegas) should also participate , since this entity is dedicated to manage the pipelines that are disincorporated from Pemex, but that still represent a risk for the population.

It also recognizes that these types of accidents demonstrate the omission of the municipal authorities, who during various administrations have allowed the growth of the urban slick towards areas that must be protected due to the risk they represent. Thus, out of necessity thousands of families have settled on irregular properties that are located in risk areas.

“Unfortunately, the need of many families from Veracruz is evident, in order to have a space to live in, they have dedicated themselves in recent decades to invading land near the Pemex conduction lines and there are accidents.”

In this sense, he explained that it is urgent that, due to Pemex’s omission, the state Civil Protection Secretariat be the one that requires contingency plans, immediate reaction and emergency plans for these accidents in the municipalities where these pipelines are located. . Likewise, he asked the municipal authorities to take up the task of putting up professional signage so that the population does not approach or build in the areas where there are pipelines.

“You must have an updated plan of the ductwork, both active and inactive, that exists in Veracruz, and that information must be disclosed to the authorities and reminded of the civil responsibility that they have in the matter.”

For his part, Rafael Vela Martínez, a full-time researcher at the Research Institute for Higher, Economic and Social Studies (IIESES) of the Veracruzana University, denounced that Petróleos Mexicanos has not only not undertaken a maintenance plan for the pipelines that cross Veracruz , but even an accurate map of the location of this infrastructure is lacking. This, he said, represents a serious risk for the population of the entity.

“A few years ago I did interviews with Pemex people from various parts of the state and they told me that many of the plans and maps of the pipelines disappeared because these documents were found in union offices or in the workers’ own homes and when they stopped working they were taken or destroyed, ”he said. 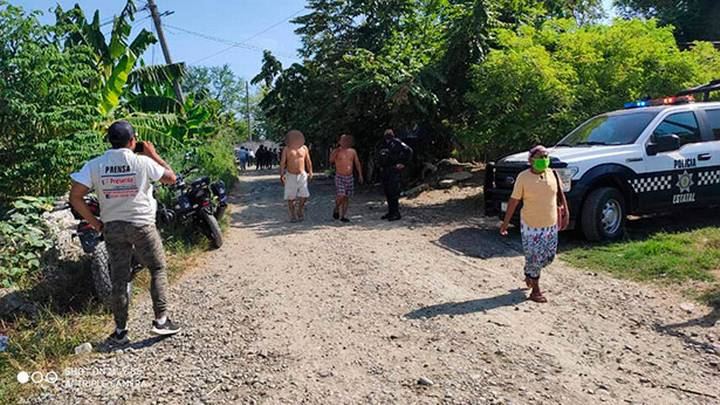 For this reason, he said, a pipeline detection work has to be carried out in order to know with certainty the number of pipelines that are active and those that were buried and that even have fuel loads. He assured that only with this work could be certain of the risk points that exist in Veracruz and a high risk situation that puts the lives of people from Veracruz at risk could be avoided.

He recalled that for several decades the explosions and spills in the oil infrastructure have been a constant. He said that in previous years this type of accident had been registered in agricultural areas, paddocks and other environmental spaces causing damage to the ecosystem. However, he explained that the growth of the urban slick and settlements in irregular or risk areas have now caused the explosions to damage not only the environment, but also take lives. Therefore, it is urgent that the State Civil Protection does what is necessary so that the detection of gas, gasoline and crude oil pipelines in general is incorporated in the Risk Atlas because that variable is not found in those documents.

“Pemex has an obligation and responsibility with the people, because just as this accident happened now, there may be more and greater magnitudes because the pipelines no longer only pass through paddocks, but now overpopulated and urban areas. It is urgent that a budget be allocated to maintenance and it be done soon because as time goes by the damage is much greater. That now would not represent a lot of money and could prevent future tragedies, “he concluded.

The recomposition of the drug trade in Mexico, Cartel fiefdoms 2021