According to intelligence reports, 6 cartels and around 80 criminal cells operate in Mexico

After the third capture, extradition and conviction of Joaquín “El Chapo” Guzmán Loera, founder of the Sinaloa Cartel, the drug trafficking map in Mexico turned around and caused the emergence of new leaders.

A document delivered in late 2018 by the Enrique Peña Nieto government to his successors in the administration headed by Andrés Manuel López Obrador indicated that six large cartels and more than 80 criminal cells operate in the 32 entities in the country. 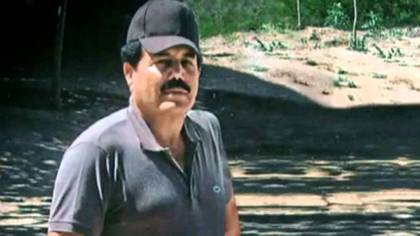 Currently only one old capo is still active: Ismael Zambada García, “El Mayo”, leader of the Sinaloa Cartel. The rest of his companions are dead or were detained. This is the case, for example, of Joaquín Guzmán Loera, “El Chapo”, Alfredo, Carlos and Héctor Beltrán Leyva, the brothers Arellano Félix or Miguel Ángel Treviño Morales, El Z-40 ″.

“Son of El Monte” , as he likes to define himself, was a disciple of Miguel Ángel Félix Gallardo – a partner of Pablo Escobar in the 80s and head of the first Mexican organization classified as a cartel by the US government – saw Amado Carrillo Fuentes fall, ” the Lord of Heaven “- of the Juarez cartel in 90-, fought the Arellano Felix to continue trafficking in Tijuana, BC-, and helped him escape two maximum-security prisons to ” El Chapo “Guzman, until little the only head of the Sinaloa Cartel.

His dynasty: six women, ten children, and more than 15 grandchildren, has not enjoyed the same fate as he since they have been killed or extradited to prisons in North America. Her son Vicente, who will receive a sentence by a judge from Illinois, USA, directed aircraft, ships, trains, and trucks for the importation of drugs that he sent to the neighboring country. For his part, his brother Jesús alias “El Rey”, cooperated with the logistics of Mexico City through the International Airport.

Heroin, methamphetamines, marijuana, and cocaine are some of the black market drugs that Zambada knows how to produce and transport throughout the world. The “gringas” authorities have also attributed the administration of legal businesses such as milk, tuna, clothing, furniture, real estate, and race cars.

Although he is famous for his discretion, it is public knowledge that in Sinaloa he owns a ranch called “Puerto Rico”, he has had surgeries and is accused of having planned an attack against the former president, Felipe Calderón. He has more drug traffickers than any other trafficker and confessed that if he does not surrender, it is because “the drug trafficker is in society, rooted as corruption. 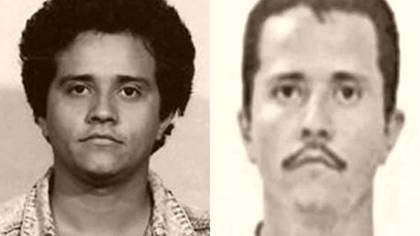 He is the most wanted man in Mexico and but only a couple of photos of him are known. One circulates on the DEA files since 2016, when Nemesio Oseguera Cervantes reached the top of the list of drug traffickers that the United States justice demands, along with “figures” like Ismael Zambada García and Rafael Caro Quintero.

But the business was not built by him. In reality, he is a kind of heir to a disputed family and his history of power is a mess of alliances and betrayals that goes back a decade ago, when the “Mencho” was nothing more than a hitman at the head of a group called Los Torcidos (they were baptized Los Torcidos for being traitors), under the orders of the brothers Óscar and Juan Carlos Orlando Nava Valencia. These were partners of Ignacio Coronel, one of the most famous drug traffickers in Jalisco in the 1990s, third in the hierarchy of the Sinaloa cartel, and powerful in the trafficking of synthetic drugs until his death in 2010, in an Army operation to arrest him. .

Óscar and Juan Carlos were known as “El Lobo” and “El Tigre”. Both belonged to the Valencia clan – one of the oldest drug trafficking families – and were the founding leaders of the Millennium Cartel.

When the brothers were arrested in 2009 and 2010, the “Mencho” passed into the close circle of another family member, Erik Valencia Salazar, known as “El 85”. Together they turned the Millennium Cartel into the Jalisco Nueva Generación Cartel (CJNG) , the now powerful criminal organization that gained fame and strength from the hand of Chapo Guzmán, by confronting the Zetas and their allied group La Resistencia – a split from the Cartel Millennium – in the territories of Michoacán, Jalisco, and Colima.

The Jalisco Nueva Generación Cartel (CJNG), led by Nemesio Oseguera Cervantes, “El Mencho”, is the criminal group with the largest presence in national territory, having under its control 25 of the 32 states dispute.

In an interview with Jesus Esquivel correspondent process in the United States, Polo Ruiz, special agent in charge (SAC, its acronym in English) of the DEA for the District of Arizona said: ” The biggest threat, the number one threat is the Sinaloa cartel; the number two is the Jalisco New Generation Cartel ( CJNG ), with its leader (Nemesio Oseguera Cervantes) ‘ The Mencho’ ; but (this organization) is a great threat because it is growing. “

This group has its origins in the Los Valencia cartel and has positioned itself as the main drug trafficking organization at the national level and one of the most important at the international and Huachicol level, it is considered by the federal government as the new cartel business and criminal organizations in the country.

The emergence of self-defense groups, allegedly formed to fight criminal organizations in Michoacán, allowed the CJNG to position itself, and then separate from the Sinaloa Cartel, for which it operated through Los Mata Zetas.

The only states where it has no presence are: Campeche, Chihuahua, Durango, Nuevo León, Sinaloa and Tamaulipas. 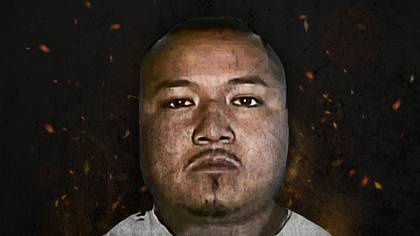 José Antonio Yépez Ortiz, better known as “El Marro”, is the leader of the Santa Rosa de Lima cartel in the municipality of Villagrán, in Guanajuato. Since 2008, this cartel has gained notoriety for the struggle it maintains with the Jalisco Nueva Generación Cartel (CJNG) for the territory of Salamanca, where the Ing. Antonio M. Amor refinery is located.

The “El Marro” cartel has been operating in that state for ten years, where it is mainly dedicated to fuel theft. In 2008, he was arrested for the crime of robbery and organized crime, but after posting bail, he was released. Under the command of David Rogel Figueroa, “El Güero”, Yépez Ortiz joined the “huachicoleo” activities. Over time he managed to climb the ranks until in 2017 he became the leader of the Santa Rosa de Lima cartel.

It is presumed to have an important center of operation in the mountain region of Juventino Rosas, and its domain extends to the Apasesos area, adjacent to Querétaro. It also operates in other municipalities adjacent to Michoacán: Cortázar, Jerécuaro, Comonfort, Coroneo, and Tarimoro. 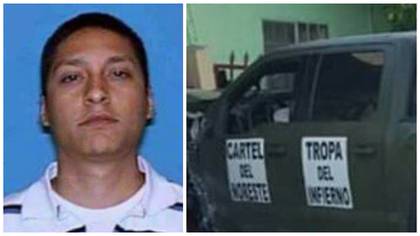 The last active leader of Los Zetas, according to the DEA, is Juan Gerardo Treviño Chávez, alias “El Huevo”, who has formed the Northeast Cartel along with allies to the Treviño Morales family.

Treviño Chávez is the nephew of the last leader of “Los Zetas”, Miguel Ángel Treviño Morales.

However, according to the same DEA, the “last letter” cartel, as it is also known, has been in decline for several years, with the neutralization of its leaders, either killed or detained, which caused their fragmentation.

” El Huevo ” is the oldest member of another criminal group, Los Treviño, which has a long history in Tamaulipas.

The Northeast Cartel operates in one of the key areas for the transfer of drugs to the United States. The state of Tamaulipas is the border crossing point where tons of narcotics enter the neighboring country of the north every year.

Said cartel is also making attempts to control the Monterrey Metropolitan Area, in the state of Nuevo León. The third most important city in Mexico, where the Jalisco Nueva Generación Cartel recently threatened to take the plaza.

The Northeast Cartel was formed out of what was left of the Los Zetas criminal group, who came to have great power and spread terror in the north of the country with their cruel killings. 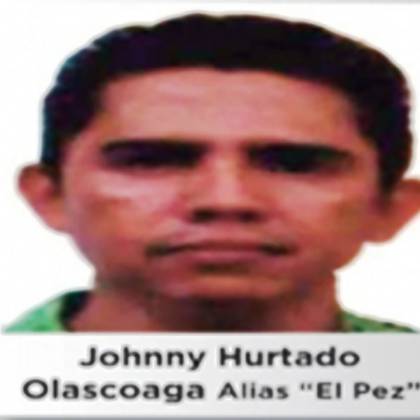 The high figure to be received for any data that helps their capture has been fixed for years, without a clue to their whereabouts. Both are considered highly dangerous, and dozens of crimes fall on their heads. Jhonny, for example, has 10 investigation files against him in the State of Mexico, in addition to a red card by the International Criminal Police Organization ( Interpol ).

Despite all the versions around “El Pez”, the truth is that nobody finds it . Occasionally his name and that of his brother appear in the newspapers, with notes on the location of a safe house or on bloody encounters between his cartel and a rival organization.

Sinaloa: 80% of complaints to the Human Rights Commission are against SSP and the Prosecutor’s Office