An investigation by the Secretariat of the Navy ( Semar ) revealed that more than 90 ships steal fuel from Pemex on their platforms, which is why they are under investigation due to alleged links with organized crime.

According to the agency, these supply and/or fishing vessels transport fuel with a precise organization, since they have well-trained crews operating in the regions of Campeche, Tabasco, Veracruz, and Tamaulipas.

The figures for the theft of fuel

An article published in the portal Animal Político announced the investigation and indicated that the fuel transfer in the Gulf of Mexico reaches figures in each hold of between 600 thousand to 800 thousand liters of stolen fuel, which is equivalent to 30 fuel trucks. 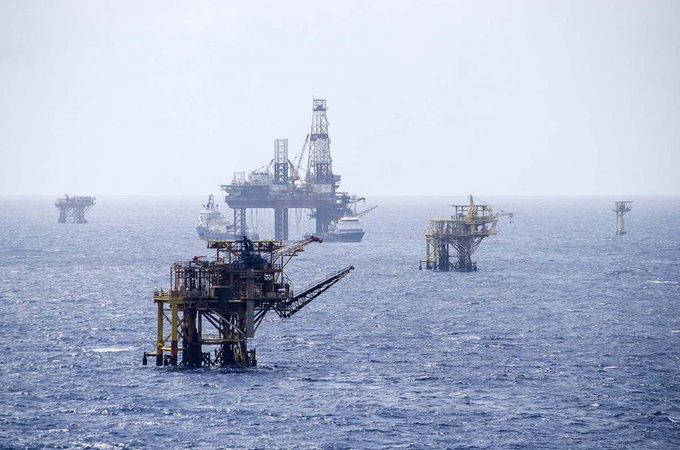 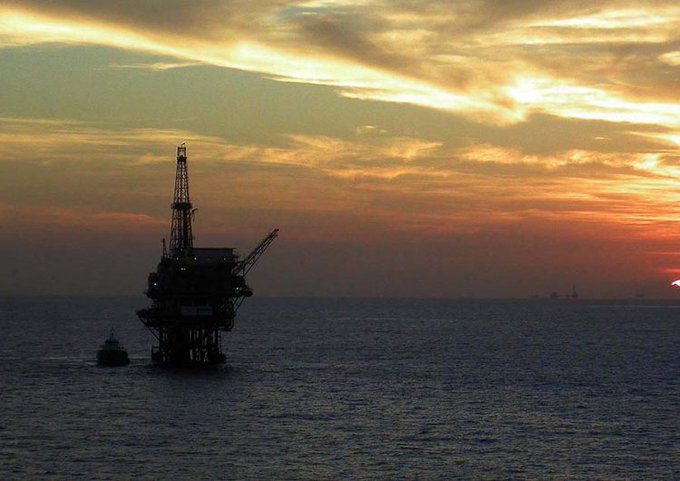 This investigation joins another conducted by the magazine Newsweek en Español, which introduced into the bowels of the area a team of reporters, where the huachicoleros operate to learn the history and modus operandi of these criminal organizations.

According to Newsweek, there are 235 offshore oil platforms in the Gulf of Mexico; around these, there is a minimum restriction of a distance of 200 meters and even in some polygons of up to 49 kilometers, that is, the distance that no boat must pass.

However, although these limits require the authorization of the port captaincy and Pemex, who supposedly carry out real-time surveillance of the Gulf of Mexico, thefts are still recorded daily.

Although according to official information, these waters are the most watched in the country, because they watch Navy patrols and some others of the Army with camouflage and heavily armed, this surveillance is relative since in this zone is where Pemex registers greater losses.

Pemex involved in the theft of fuel

In this sense, the Semar in its internal report, which was classified as confidential and is known as “Trasiego de combustible”, says that the theft of fuel has the following modus operandi:

The fishing vessels or boats are kept hidden in an area close to the sites called Isla de Lobos, whose climatic and soil conditions allow thieves to stay calm.

There, according to the publication, the huachicoleros wait until Pemex’s own staff indicates the appropriate time to enter the deposits, which is usually between 9:00 p.m. and 12:00 p.m. when the darkness has completely fallen. in the Gulf of Mexico.

In this way, under the cover of the night, the milking maneuvers are carried out with greater ease and it is possible that ships and fishing vessels enter to connect to the pipelines and fill up with fuel.

The investigations indicated that although a robbery of this type lasts between six and eight days of crossing, depending on the weather conditions, it has become such a profitable business for the huachicoleros that every week, they have boats sailing back and forth.

Finally, the business closes trying to hide the illicit operations, because to hide their burdens, the huachicoleros use apocryphal SAT bills or clones of originals that are delivered to them by Pemex accounting areas, Newsweek said.

The business closes, with the final destination for fuel, the black market in the United States, Central America, and South America.

Both investigations make clear all the human, logistical and technical structure that the milkers handle in their criminal organizations, which allude directly to personnel of Pemex, who provides them with key information.

In this way, Pemex personnel, shipowners, shipping companies, ship captains, chiefs of machines, expert crews and organized crime cartels participate in the theft of fuel, according to Newsweek.

It is worth mentioning that this type of theft has at least 10 years of continuous registration and little by little it became a well-structured business, which could be complicated in the next administration, because according to Semar, the area where the huachicoleros are currently hiding or keep their riots, is where López Obrador intends to build the new refinery. 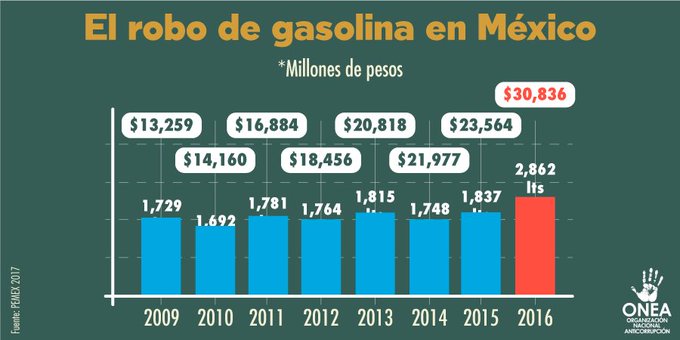