Before the scarcity of mud to make them, the artisan Juan Rodríguez turned to the Jute fibers to offer a decorative product for this holiday season.

Mexico.- Every year the artisans of the municipality of Metepec have to innovate their crafts for seasonal sales, especially those related to the holiday season. 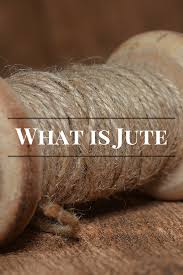 Such is the case of Juan Rodríguez, a craftsman of palm and jute, who for the past three years has innovated the traditional clay piñatas to make them out of colorful jute and a diversity of colored lights.

“I started to elaborate them with materials different from the common ones, people have accepted it and it has become a success, it is a unique and revolutionary creation that makes me proud because in my business it is the only place where people can acquire it,” he explained. the artisan

The idea, he said, arose from his need to provide the public with an arrangement to celebrate the holiday season, which was unique in its entirety and could be reused to beautify gardens, terraces, interiors, and businesses, among others.

For each piñata of size between medium and large, Juan invests up to 96 hours for its elaboration, since he must make the precise cut of the jute he will use for the assembly of the sphere and base, of the cones and even of the “hairs” that they will decorate each peak.

“That is the estimated time but it can take more if there is no good weather, because of the drying. There must be a good drying when starching the figures such as the sphere and the cone, must also have dried at the time of dying, and not only is the material, they are also the threads, it is a process that I need a lot of the sun and of a good temperature, “he said.

During the assembly of what will be the final piñata, a series of lights that can be of a single color or multicolored are also placed.

According to the artisan, the costs are varied according to the size, the amount of peaks and details that the client can request, if it has colored lights or goes without the luminaire, among others.

He exemplified that a piñata of average size is quoted around 950 pesos, however, the price may increase depending on the number of details and elements that the craft has.

Therefore, he urged the public to respect the prices established by artisans in general, because their purchase is the investment of time, effort and imagination that each craftsman and artist invests in their creations.

Among the other seasonal items that Juan Rodríguez offers to his clientele, the colorful series of palm, spheres, and chains stand out, primordial elements for the decoration of Christmas trees.

It should be noted that Juan’s business, with the name “Palma de Colores, is located on Ignacio Zaragoza street, almost on the corner of Ignacio Comonfort, in Barrio del Espíritu Santo, municipality of Metepec.