Only 4 percent of victims formally denounce Lack of employment, some disability, or lower income than your partner are factors that
influence

A study was done by the civil association “Colectivo hombres sin violencia” revealed that in Mexico 40 percent of men suffer
some type of mistreatment by women and only 4 percent formally
denounce for machismo or shame.

According to psychologist Beatriz Sepulveda, a specialist in psychotrauma and violence, she assures that when women hit, they tend to be more aggressive, they throw plates or blenders.

“I just came to the slaps, and one can not do anything to be a woman and the worst thing is that if you complain to the authorities for an assault or something, the same authorities take it badly because it is a man who allowed himself to be beaten by a woman, ” Nicolás Venegas told an interview with Noticieros Televisa .

For his part, Mr. Bernardino Contreras accepted that at some point in his life a woman has beaten him and said he felt sad, disappointed, used, “maybe there were times when I looked for affection
on the other hand”.

Experts point out that there are several factors that influence
a man to be violated as economic income is lower than that of his partner, who has a disabling disease, who does not have a stable
job and is dedicated to the home or since childhood, there is been a victim of violence. 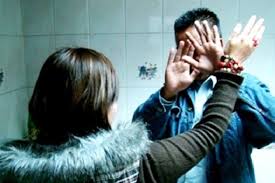 When men are beaten by their partner they often make excuses and do not to recognize the problem.

Sometimes they say that they were scratched by a cat, which was stuck with a box in the eye that was violently assaulted. 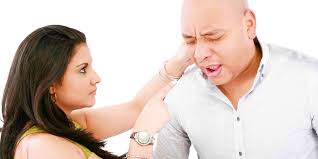 “I think it is frequent. What happens is that it does not come to light out of fear and out of grief, the truth is a pity that a man will say that he was attacked by a woman, “added Mr. Nicolás
Venegas.

Is euthanasia legal in Mexico? This is what you have to know

Immigration Crisis in Mexico. What it means for Expats and foreigners living in and visiting Mexico