Is your dream to be like Mark Zuckerberg, Indra Nooyi or Tim Cook? If you are a woman, you barely speak a language and you studied at a public university, we regret to say that your chances are minimal and it is not that we want to break your illusions, as this is determined by the profile of CEOs in Mexico.

Adrián Santuario, a professor at the Faculty of Sciences of the UNAM, analyzed data collected on the LinkedIn platform and, with the help of an algorithm, took the profiles of some of the managers who are enrolled in this tool.

Once he obtained the data, he leaked the information to verify that the people who claimed to be CEO of a company, really were. The result of this investigation yielded what we could call “the formula to be CEO in Mexico”.

If you want to run a company, you will have more opportunity if you meet four characteristics: being a man, white, with studies at the Tec de Monterrey, with English proficiency and having more than six years of experience.

According to the data, in Mexico, 85% of CEOs are white skin, while only 2% are dark skinned. Regarding gender, 93% of these positions are occupied by men and 7% by women.

CEOs in Mexico, racism or preparation?

When talking about the institutions that formed the majority of those who hold positions of CEO, the Tecnológico de Monterrey heads the list with 34%. It is followed by the Universidad Iberoamericana, with 17%, and UNAM, with 14%, while the Polytechnic and the UAM barely appear with 0.6% and 0.2%, respectively.

Santuario explains that part of this is due to the fact that the curriculum at Tec. De Monterrey is focused so that its graduates occupy those positions; however, there is another part of discrimination.

“If it were absolutely preparation, these two graphs between the Tec and the UNAM would have left the same in the study area, but, being mostly of the Tec, this means that they not only choose them because they are better prepared, but because they also represent the image of the company, so there is a racial discrimination, “says the professor. 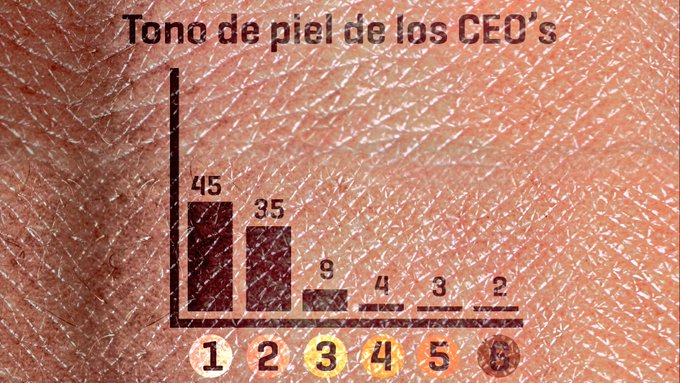 Graduates from the science and engineering areas of the UNAM are the most required for these management positions, mainly in technology startups, this is because they are the best prepared, explains the author of this analysis.

Karen Andrade
http://www.chilango.com/
Journalist graduated from the UNAM. I edit, write and tell stories about Mexico City.
The Mazatlan Post

Mazatlán will be promoted through a digital catalog; it seeks to attract congresses and conventions