The State Unit for Civil Protection and Firefighters of Jalisco (UEPCBJ) reported that an earthquake of 4.5 degrees was recorded this Sunday Oct. 7, in the southwest of the municipality of Puerto Vallarta.

The state agency indicated that the quake was recorded 427 kilometers southwest of Puerto Vallarta at 3:56 pm on this day, latitude 19.01 and longitude -108.94.

They added that after the earthquake this afternoon there are no reported injured people or damages in this entity, in fact, it was not felt by the majority of the population. 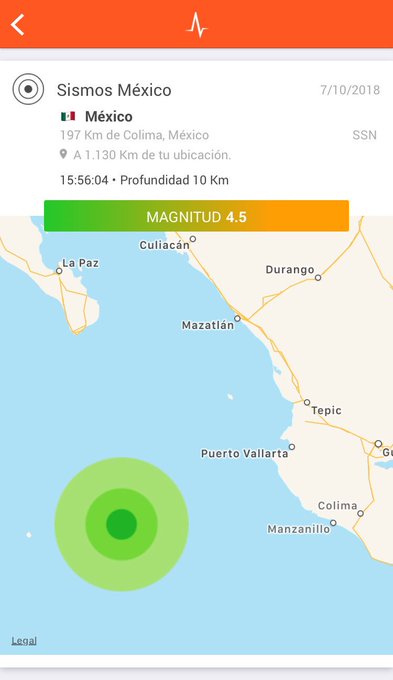 Also, an earthquake was recorded near the coast of Cabo San Lucas, in Baja California Sur.

According to the National Seismological Service, the movement was recorded at 3:56 pm, with a magnitude of 4.6 with an epicenter 384 kilometers south of Cabo San Lucas, and approximately 10 kilometers deep.

According to the head of the undersecretary of Civil Protection in Baja California Sur, Carlos Godínez de León, so far there are no reports of incidents or accidents.

The phenomenon was not noticeable in the municipality of Los Cabos.

The waves remain calm and no swell changes are reported until this moment.

Municipal Civil Protection made tours to rule out any damage.