Over the last decade 922 Mexican criminals -mainly high-profile drug traffickers- have
been extradited to the U.S.

When the door of room 14 A opened on February 24, 2013, Eduardo Arellano Félix smiled even though he was wearing an orange prison uniform and was about to be sentenced.
The leader of the Tijuana cartel, one of the bloodiest in recent times, had been extradited to the United States three years earlier by the government of Felipe Calderón. Judge Larry Alan Burns began the hearing at 10:00 hrs. with a speech that emphasized the devastating effects caused by the Arellano Félix brothers both in Mexico and the United States.
However, Arellano kept smiling because a few weeks earlier he had reached an agreement with the U.S. government: he would plead guilty, pay US$50 million and the judge would exonerate him from the 5 counts of drug tracking.

An investigation conducted by EL UNIVERSAL revealed that over the last decade 922 Mexican criminals -mainly high-prole drug trackers- have been extradited to the U.S., a country in which sentences are cut short in exchange for large sums of money and guilty pleas.
Documents, transactions, and records obtained through requests for information to the Mexican government and U.S. prosecutors revealed that the three Arellano Félix brothers paid a total of 200 million dollars to the U.S. government. 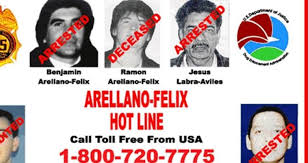 This helped Benjamín Arellano get a reduced sentence of 20 years in prison in exchange for 100 million dollars, even though it had been said that he would be sentenced to life imprisonment, while Francisco Javier, the youngest of the Arellano Félix brothers, got a sentence of 23 years in prison after paying 50 million dollars and handing over his Dock Holliday yacht even though he was accused of kidnapping and killing enemies of the cartel, bribing Mexican authorities and introducing 150 tons of cocaine to the United States. Originally he had been sentenced to life imprisonment, but his sentence was cut short on June 19, 2015 for providing information about other drug trackers.
From December 2006 to September 2015, Mexico’s government received 1,253 extradition
requests, of which 922 were approved, i.e. 73% of the total.
During the presidency of Felipe Calderón 994 requests were received, i.e. 165 per year, and 676 of them were approved (68%), while in the current administration of Enrique Peña Nieto, 259 requests have been received (86 per year) and 246 have been granted, i.e. 94% of them. In 2013, 98 people were extradited, 84 in 2014 and 64 so far this year.

One of the most representative extradition cases of the last decade was the one of Osiel Cárdenas Guillén, leader of the Gulf Cartel. In 2007 he was transferred to Texas to face 12 counts of drug tracking and money laundering.
Initially, Mexican authorities said he could face life in prison for threatening to kill agents of the Drug Enforcement Administration (DEA) and the Federal Bureau of Investigation (FBI). However, on February 24, 2010, he was sentenced to 25 years in prison only.
Even though the agreement that Cárdenas reached with the U.S. government was classified
as confidential, EL UNIVERSAL got a transcript of the audience and found out that he paid 50 million dollars to get his sentence cut short in exchange for providing information about the structure and operation of the Gulf Cartel. He will be kept in a secret prison until November 1, 2028, when he will be set free. 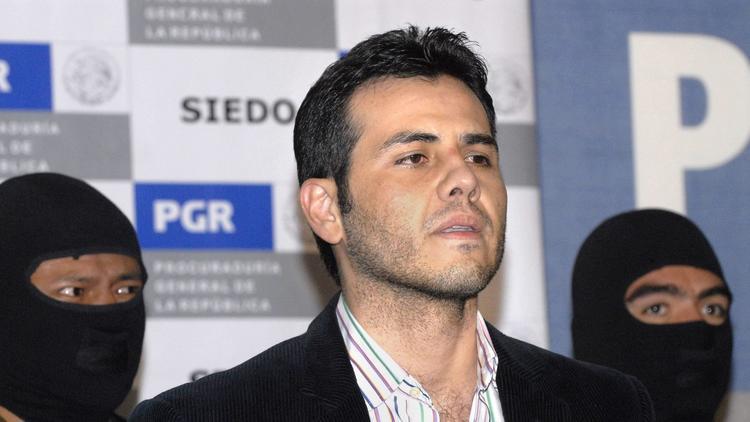 U.S. government on February 4, 2015, while Aréchiga, better known as “El Chino Ántrax”, was extradited to San Diego in mid-2014 and on September 10, 2015, he transferred one million dollars to the U.S. government. Finally, Édgar Valdez Villarreal, aka “La Barbie”, was extradited to the United States on September 30, 2015, accused of drug tracking
and money laundering. On October 10 he pleaded innocent, and he is being defended by a law rm specialized in this type of crimes: Maloy Jenkins and Parkers. In the next weeks, it will be announced if he reaches an agreement with the U.S. government in exchange for information about the criminal activities of his associates and enemies.