Beginning this August 24 began the hunting season in Baja California, so that people who register with state and federal authorities may participate legally in hunting activities, said the delegate of the Secretariat of Tourism in Mexicali, Eloy Moreno Méndez.

The state official explained that permits to hunt are granted by the Environment Protection Secretariat (SPA) of Baja California, while the authorization to use and transport weapons or ammunition falls to the Ministry of National Defense (Sedena).

The past hunting season left an economic income of 7.5 million dollars for the state, among which stands out the lodging, food, fuel, ammunition and other products or services that hunters require, mentioned the Tourism delegate in Mexicali.

So far this year, 348 hunting licenses have been granted that can be used until February 24, 2019, the end of the 2018-2019 season, said the director of Natural Resources of the SPA, Sergio Caldera Claudio.

However, last season had an increase of 13 percent of hunters compared to a year earlier, obtaining permission thousand 965 foreigners and 673 nationals, detailed the official.

To carry out the hunting, permit applicants can do so in 335 places called Units for the Conservation, Management and Sustainable Use of Wildlife (UMAS), which together total one million 888 thousand 432 hectares.

Most of the spaces for hunting are in Ensenada with 288 UMAS, followed by Mexicali with 42, three in Playas de Rosarito, Tecate has two and Tijuana also has two places to practice legal hunting. 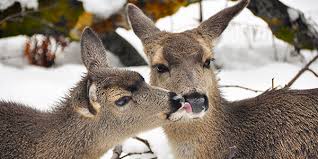 In Baja California there are 27 wild species that can be legally hunted, among which are the collar pheasant, California quail, gambell quail, duck, coyote, hare, rabbit, cougar, wildcat, mule deer, gallareta , huilota pigeon, among other species that are Not in danger of extinction, according to the authorities of protection to the environment.