Very strange things continue to happen around the Gulf of California, where the pressure of the United States has been felt more than ever, as we have revealed in several analyzes published in this same medium, where we have presented evidence of the interest of the northern empire for securing the entire peninsula that is currently its protectorate.

And it is precisely a huge vacuum of sovereignty that currently exists in the Gulf of California, where we have already specified it, it is a body of water that does not belong to our nation and that its immediate future has been deeded by the simulated omission of Mexican legislators, on behalf of Washington .

For this reason, with justified knowledge of this situation, the former presidential candidate of the Nuevo Alianza party and expert on environmental issues, Gabriel Quadri de la Torre wrote the following the previous July 20 in the newspaper “El Economista”:

“There is no full sovereignty of the nation over the Sea of Cortez. On the one hand, Mexico has not taken the initiative to reclaim it as a territorial sea through the United Nations Convention on the Law of the Sea. This, despite the fact that it complies with all the physiographic and historical conditions for this under the water regime. interiors It is a huge vacuum that weakens governance over the so-called world aquarium. “ 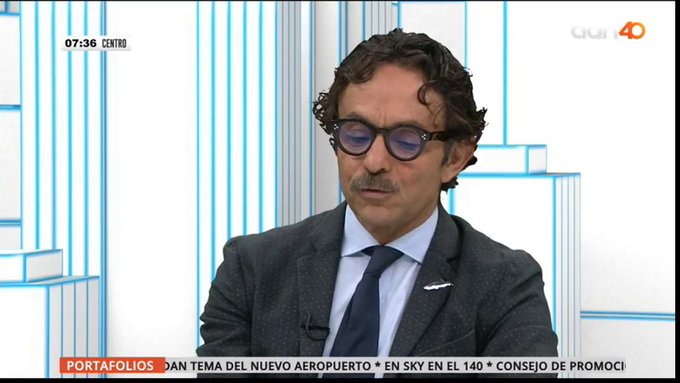 THE BIGGEST GAS AND OIL RESERVES
The treasures of the Gulf of California, a strategic sea, were made known through a series of cables that were filtered by Wikileaks. It is the largest oil and gas reserves in the country , according to the information exchanges between the United States Embassy and Washington in the 70’s, just as our country was preparing to decree its nationalization and incorporation of that maritime space to our Magna Carta, a situation that could not be determined.

Several attempts have been made to nationalize the Gulf of California, but all have failed due to pressure from an “invisible hand” that obeys Yankee interests, which are rushing the process of the total delivery of the peninsula to the United States, for the exploitation of all its mineral resources, energy resources and fisheries, in addition to its thousands of square kilometers that today colonize as advanced of the new real estate developments.

THERE ARE RESISTANCES BUT ALSO MORE PRESSURE
We have documented in previous installments, that the bonds of the peninsula of Baja California began to quote on Wall Street since President Benito Juárez agreed to sell it to Washigton. Given the confidence that the Oaxacan government had expressed, there was no problem in releasing the first cash money from rich families in New York for the well-known “Leese Concession”, which today continues to weigh on this persistent interest in the collection.

FROM NEW YORK THE COUP COMES
That is why it is not surprising that yesterday, from the International Court of Commerce in New York (US Court of International Trade), Judge Gary Katzmann has decreed an embargo on all industrial fisheries in Mexico in which networks are used, so that they are not acquired by the US market, in retaliation for the little effort that has been made to preserve the vaquita in the Upper Gulf of California, as well as other species that are prey to hunting furtirva.

THE GOLF CLOSURE IS SUPPORTED FROM MEXICO
These steps for the closure of the Gulf of California to all types of fishing have been systematically carried out through environmental organizations that receive funding from the United States, with interests linked to mining and real estate, specifically in the peninsula of Baja California. That is why the Mexican state must now decree the total closure of that sea, to begin the entry of Washington’s interests “as soon as possible.”