Mazatlan Aquarium returns to its natural habitat the golfine species incubated within the Permanent Protection Program that is held in the port.

Mazatlan, Sinaloa.- The sea turtle nesting season is one month away, however, those sheltered since the beginning of July are gradually returning to their natural habitat.

The director of the Mazatlán Aquarium, the biologist Pablo Gerardo Rojas Zepeda, accompanied by tourists and locals who were on the Malecón, released 264 turtles.

As reported in a press release, it has been a 33 -year effort to achieve this awareness in society.

“It is a program that they already feel like theirs (the Mazatlecos), it is a program that is already 33 years old and day by day, society becomes more aware of the care and conservation, especially of this species. A species that we already consider to be Mazatlan ”, he expressed.

In the 33 years of existence of the program, more than 1,300,000 turtles have been incorporated into the sea. 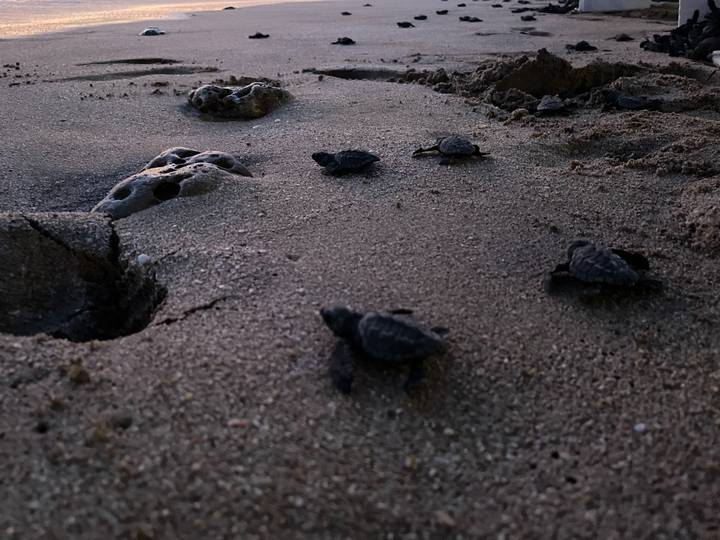 The actions of the Program for the Permanent Protection of the Sea Turtle in Mazatlan consist of visiting the beaches of the port, collecting the eggs from the nests and taking them to the incubation hatchery located in the Aquarium facilities.

Once they hatch and the young reach a size that allows them to survive and fend for themselves, they are released.

In Mazatlan, the sea turtle nesting season is from June to November. The authorities ask people that if a turtle is observed nesting on the beaches, they report it to 911 or to the phone 669 9817816.