Mazatlan, Sinaloa.- The Ferromex company has not yet given permission to carry out the last part of the work on the Roosevelt collector, which is below the tracks inside the API fiscal docks.

The director of Public Works, Luis Núñez Gutiérrez, said that the collector is a state work and that it is about to be finished, practically 10 percent is missing, but that the problem is with Ferromex, which has not given permission to that crosses the collector under the tracks.

Since January, the project has been paralyzed.

“Once they manage to cross and reach the dock area, in this case the living water, there it ends and they open the collector so that it is one, which is the idea and that is what this collector is for and that is what it is necessary, but we are only in external supervision”, he explained.

For her part, Mariel Aquileo Ancona Infanzón, general director of the Integral Port Administration (API), reported that this problem is already being seen with Ferromex to continue with the Roosevelt collector and that the port is not affected. 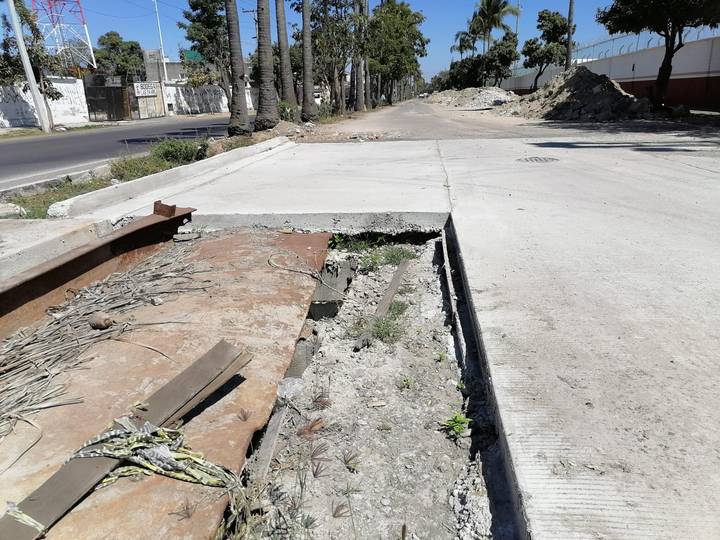 He said that API is taking care of the interests of the port and that they are already negotiating to see the conclusion of the collector.

On January 11, 2020, rehabilitation work began on the Roosevelt, Azueta, Lázaro Cárdenas, and Alemán collectors, with an investment of 69.4 million pesos.

At that time it was reported that the work would be completed in six months, but it has already taken two years and three months.

The purpose of the project is to counteract the problems of flooding in the Center; The Alemán, Azueta and Lázaro Cárdenas collectors have already been completed, but the Roosevelt is pending.