Seven nautical miles from the Mazatlan coast you can have the experience of seeing these marine species up close.

Mazatlán, Sinaloa.- Humpback whales do not know of pandemics or economic crises. And one more year, they were faithful to Mazatlán to star in the great marine spectacle on its shores.

These marine giants during each winter travel about three thousand kilometers along all the coasts of North America until they reach Mexico to reproduce. Officially, the sighting season begins on December 8 and ends in the month of March.

In recent weeks, Onca Exploraciones, a company dedicated to ecotourism and the one that turned whale watching in Mazatlán into a tourist attraction, carries out expeditions almost every day where a unique experience is lived.

This incomparable show has as its protagonists the humpback whales that arrive year after year to the warm waters of the Mexican Pacific to delight visitors with their song, their romp, and dancing under the waves as part of their mating or breeding rites for the smallest cetaceans.

This migratory season is one of the most impressive natural wonders, as visitors witness the various songs that whales emit and dance underwater to attract potential mates.

During an expedition, Adair Cazarez, Onca Exploraciones guide, explains that warm water saves energy for this species that comes to Mazatlán to mate and have their young, since their feeding areas are polar and right now they are frozen 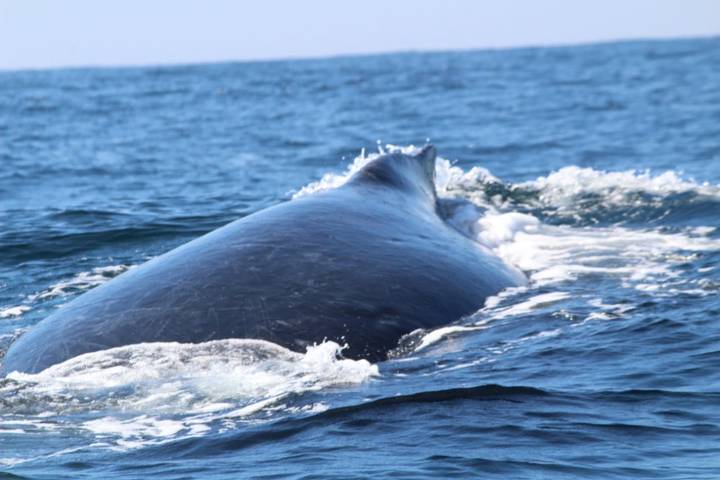 Whale watching is a great tourist attraction in Mazatlán.

” This whale migrates from the areas of Alaska, the Bering Sea, travels about three thousand kilometers along all the coasts of North America until reaching Mexico,” he said.

The ecotourism agency that is dedicated to the study of this species and tours for its sighting, makes trips almost daily to offer a unique experience along the 4 to 8 miles out to sea.

The oceanologist by profession shares that each season the population that arrives from Baja California to Oaxaca is around 9 thousand specimens, mainly humpbacks, and these can measure up to 16 meters long and weigh up to 30 tons.

The females are larger because they have to raise the calf and its gestation is 11 to 12 months, the calf measures around four meters at birth and weighs eight tons.

To have a successful expedition depends a lot on luck and patience since you can spot it very close to the boat. It is said that this species is not aggressive to humans or boats, as there are no reports of incidents of this nature. 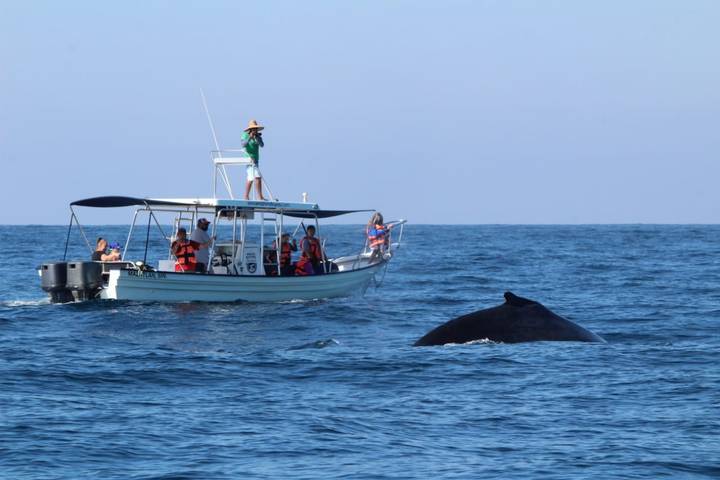 This is thanks to the guidelines of the NOM 131 Standard that ensures good practices of tour operators to protect the integrity of tourists and the animals themselves.

During these trips, it is possible to see the whales behave in different ways, either through fights between the males that seek to mate with the few females in heat that inhabit the area, some females in the company of their young and some that others playful that they perform jumps and swim with tail flicks and pectoral flapping, which is an incomparable spectacle.

” The humpback whale is one of the most acrobatic species in the marine world because it has a series of aerial behaviors, although you cannot always enjoy them .”

In addition to this visual show, the males of the species sing to attract females as part of their mating ritual, one of the most fascinating sounds of nature that can be heard aboard Onca’s boats, through a hydrophone. 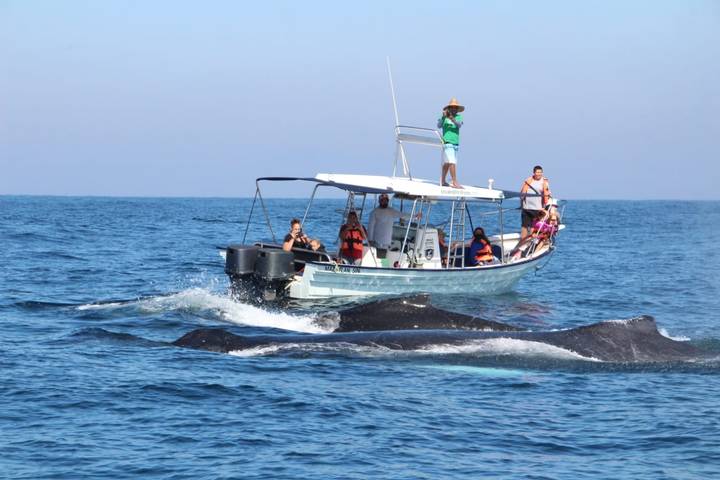 The 24-year-old passionate about marine life made it clear that not all excursions are the same because from one day to the next the behavior of cetaceans can vary, so going on this expedition can be quite an adventure.

It stands out that for 15 years, the oceanologist Óscar Guzón Zaaráin, director of Onca Exploraciones, has identified more than two thousand humpback whales off the coast of Mazatlán. 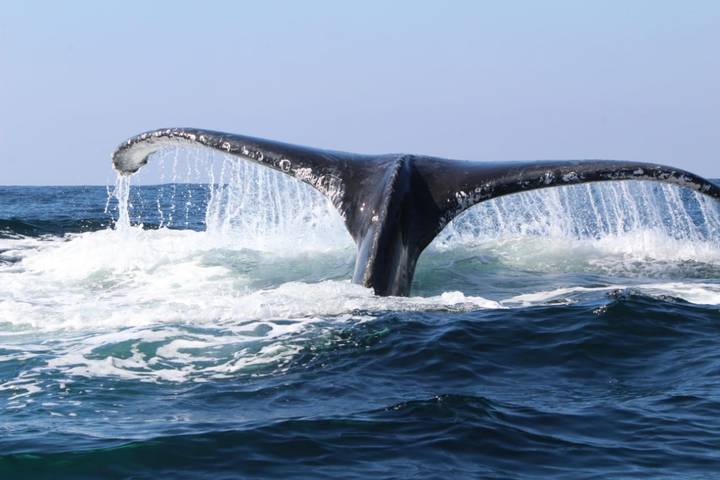 And it is that to monitor the whales, photo identification is used, a wildlife photo study technique based on the recognition of the contour of the fin and natural marks over time – they can be stripes, scars or pigmentation patterns on the tail-, to find differences and identify whales.