Mazatlán, Sinaloa.- To reinforce the proximity and image of a friendly police towards shipping tourism, the Tourist Care and Protection Center ( CAPTA ) started the MZT Tourist by bicycle, a program of police officers on bicycles that will tour tourist circuits in the city.

Astrid Macías Fregoso, head of CAPTA, said that her staff joins the actions of surveillance, protection and rapprochement with tourists who arrive at the port on cruise ships, which are usually carried out by the Municipal and Tourist Police. 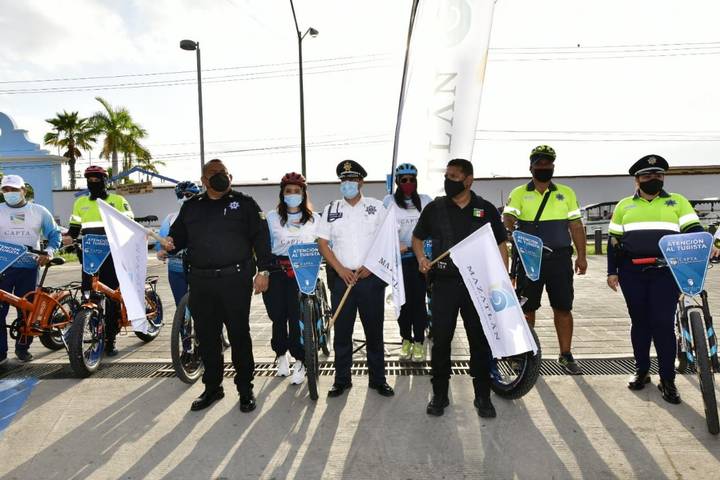 ” The idea here is to address, is to talk if there is someone who needs to be guided, directed, we are going to be there, precisely promoting that interaction with the visitor … it will be seen how many policemen are integrated, it will depend on the events that take place on that day, but what is the CAPTA team, the entire team will be dedicated to the arrival and descent of visitors to be doing these tours “, explained the municipal official.

He added that in each cruise ship arrival, the eight elements that participate in this operation will be deployed in the different tourist circuits of the city, such as the Paseo del Centenario, Olas Altas, Avenida Del Mar, Zona Dorada, Blue Line and in the Historic Center.

Meanwhile, Commander Alfaro Gaxiola reported that for the Municipal Government one of the priorities is the integrity of the shipping tourists, since the arrival of tourist cruises to the city is an activity of great importance for the economy of the Mazatlecos.