Mazatlan, Sinaloa.- The cyclists of Mazatlan put on notice the authorities of the municipality: the bikeways in the mediums do not guarantee safety for the rider passing through them, the loss of a ridge, cross the street to reach the other side is not a guarantee for those who travel on the bike as a means of transportation.

However, the municipal authority’s commitment is to build bicycle lanes along the mediums, such as the one currently being built in the Marina, which will connect that area with Sábalo-Cerritos, or that of Carlos Canseco avenue, despite the fact that the regulations of mobility are not recommended. 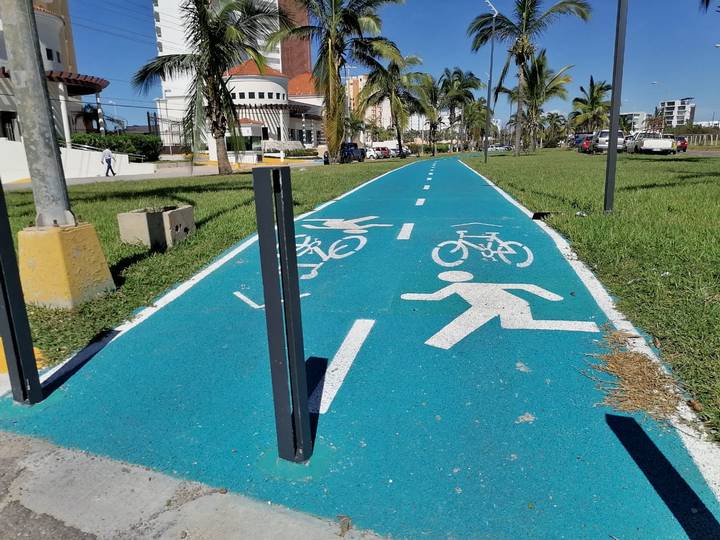 For Carlos Suárez Gutiérrez, president of the Municipal Cycling Committee, cycling lanes are fine, as long as they guarantee the safety of the rider, who risks his life by not having a network of bicycle lanes that allow him to move safely, without them, However, they are not adequate, but they are the ones that are being done.

He said that for the cyclist to use a bicycle lane or a network for cyclists, he has to feel safe because unlike a motorist who goes in a car, goes covered, the cyclist and the pedestrian go to unprotected.

If you use a bike lane, said the also member of the “Rueda Verde Mazatlán” Collective, it is because you feel safe, but if the bike lanes are not used, it is because they are not safe.

He said that these bicycle lanes that he refers to are the ones they made on the avenue that goes to Cerritos, the one with the linear parks, the one that is built along the Carlos Canseco avenue, and the one that will be built along the La Marina avenue to connect to the Sábalo Cerritos, which go through the central median and are made recreational bike paths so that the family can go with their children on bikes, but they are not made for the cyclist who moves to work.

Suárez Gutiérrez stressed that transport bike lanes are required, for the same people who go to work, for people who go to their construction jobs such as bricklayers, carpenters, and plasterers, who already use bicycles, do so safely, and Those bike lanes that are being built in recent years do not offer safety and that is why there are still accidents and deaths.

He warned that the cyclist who gets off the bike lane and shares a lane with a car or public transport has the chance to lose because they are not doing the bike lanes as they should be.

“I’m not saying it, by international norm, bike lanes must go on the right side of the street, that is set out in international standards and is set out in a document called Mexican Street Standards and in that manual it says that bike lanes go along the On the right side of the street and here, the bike lanes that are being built are at least not like that, so they become laudable efforts but not enough to give safety to cyclists and for people to use the bike lanes ” .

He put the case of the Rafael Buelna Avenue bike path, which was originally going to go to the side, but the project changed and now it goes along the central median, and despite the fact that there are traffic lights at some intersections, many motorists continue to use the car over cyclists, putting their lives at risk, although there have already been some accidents with human losses.

The cycling specialist put the case of the bike path that goes along the boardwalk, where the cyclist who uses the avenue of the Sea, travels safely, the problem is when he reaches the Monument to the Fisherman and has to go down to the street, in an area that is not respected, which is delimited by buoys 5 centimeters high. 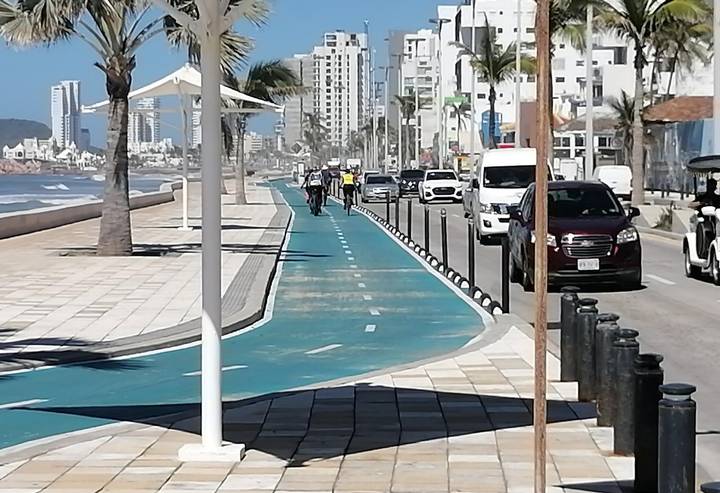 “There is a frightening thing there that is a shared bike lane where the cyclist who comes from Escudo to here comes in front of the cars, and they put some buoys there but I am, I hope it never happens but there an accident can happen, where the cyclist straight ahead and a motorist not very focused comes and takes a cyclist, especially at night, because a 5-centimeter high buoy separates me from the cars, it does not give you security and that is why people are not using them how they should be used ”, he warned.

POLITICIANS DO WHAT THEY WANT

Suárez Gutiérrez reported that the manual for streets in urban areas is currently being developed, which is already being discussed and it has already been proposed that there be a rule in the state of Sinaloa that there are no bicycle lanes on the mediums because at the end of the day they will cause more problems than they are going to solve and this document is yet to come out, although he feared that politicians, construction managers or those who give permits will end up doing “whatever they want”, without considering all the regulations that already exist and It was not invented by someone, but rather a function of countries that have been building bicycle paths for more than 40 years and that consider that the best ones are those that go on the right side of the streets.

However, he saw shared bicycle lanes well, especially in very narrow streets, such as the case of Gutiérrez Nájera avenues and Camarón-Sábalo avenues, although he clarified that painting a lane green is not a bicycle lane, but needs boundaries and separation and even traffic on each corner so that people learn that this space is preferred for the cyclist but not exclusive and that society must learn, to understand that the streets belong to everyone without the car being thrown on them.

The connoisseur of the streets of Mazatlán, sees feasible that in the Mexican Army avenue there may be bicycle lanes, in fact they are contemplated by the Municipal Planning Institute since it is a wide street.

In order to reduce the use of motor vehicles and provide a sustainable transportation alternative, such as bicycles, the current administration of Mazatlán intends to leave 40 kilometers of bicycle lanes in operation.

Currently, in the port there are seven bicycle lanes in operation with a total length of 23.8 kilometers, that is to say half of the goal.

In January, the construction of bikeway number seven, Carlos Canseco, began with a distance of 1,705 meters that will go from the Mediterranean subdivision to the railroad tracks.

The Gabriel Leyva lane remains pending, from Café El Marino to the Juarez bridge (2,425 meters), and it will also seek to rescue and rehabilitate the right lane attached to the sidewalk on Juan Pablo II which, although it is exclusive for motorcycles and bicycles, motorists they do not respect it and park their vehicles there.

According to the Mexican Street Standards manual, the bicycle lanes go on the right side of the street, not in the middle of the median.