Mazatlán, Sinaloa.- Since the holiday period began on July 1, the State Commission for the Protection Against Sanitary Risks of Sinaloa intensified its inspection and surveillance operation at establishments in the southern part of the state, with the purpose of mitigating contagions of Covid-19, and to date, it has temporarily suspended 7 businesses, including 1 clinic with offices, 3 restaurants, 1 furniture store, 1 dive and 1 fast-food business.

“We have between 87 and 90% of compliance with the goals that the Federation sets for us, we have been making not only the visits that mark us as goals, but we have also been making visits to promote and reinforce Covid protocols, and we have attended a considerable amount of complaints that are made through the federal Coepriss portals and we have complied with each one of them ”, expressed Miguel Ángel García Gómez, regional coordinator of Coepriss.

In addition to the suspensions, among which there are two changes due to the issue of agglomerations, he commented that assurances have been made of supplies that were already out of date in some establishments and some security measures were applied to businesses that did not comply with health regulations.

However, he clarified that in none of the cases were they serious anomalies for a definitive suspension.

” We have been more energetic so that the establishments fully comply with the protocols, that they monitor the temperature of the people who enter, that they have gel and that they unrestrictedly demand the use of face masks and now recently, the authorities are also requesting the certificate of vaccination ”, he expressed.

He mentioned that among the security measures that have been exercised, 7 temporary suspensions stand out, of which 2 were due to crowding of people, another due to tobacco smoke and one due to alcohol to minors, 2 insurances of supplies have also been carried out, as well as security measures for establishments that did not comply with health regulations. 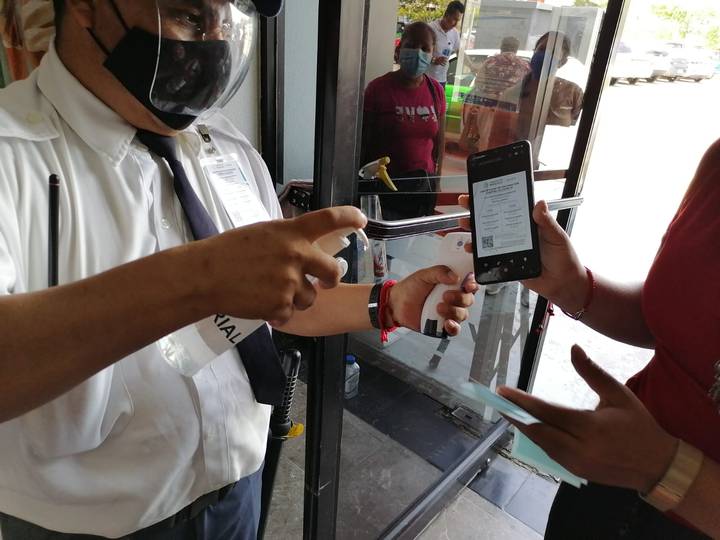 The inspection and surveillance of filters in shops and establishments is permanent by Coepriss.

In the case of the establishment for alcohol to minors, he clarified that minors were not found on that occasion, but it was observed that they did not require identification or proof of identity, with which the age of the person can be corroborated, in addition to that It did not have the signage that is established as a preventive measure.