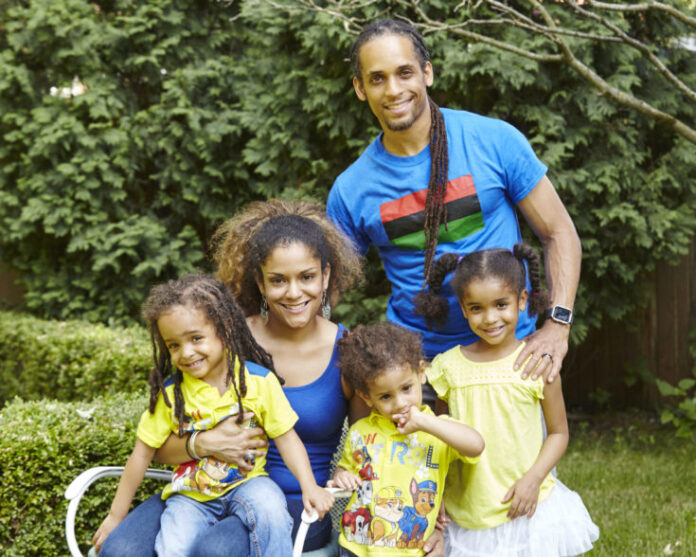 Her husband agreed. So, they packed up, sold everything, and moved to Mexico with their three children where Gabriella says she’s saving four times the amount she could in the US.

During an interview with Travel Noire, Lindsay talks more about her life abroad:

Travel Noire: What was it like when your husband finally gave you the okay to move abroad?

Lindsay: We were definitely scared. We rented our house in July and didn’t actually move until October. We were pretty sure but in those three months in between, had to convince each other because we had cold feet moments.

We were a little scared, especially because we were going there without a lot. Our businesses hadn’t taken off, and we didn’t really have income coming in. We had plans, and we wound up selling both of our cars, we sold our house and some of our things, but we didn’t have a lot of cash, and we worried about how we would stay afloat.

But I think there’s fear in everything. The things that could change our lives the most are the things we also fear the most. If we don’t kind of lean into that fear, at least just a little sometimes, then it won’t happen.

Travel Noire: How has life dramatically changed since moving abroad?

Lindsay: In moving, we’ve been able to start working on some of our debt like student loans because we don’t have as many day-to-day payments. We had a massive mortgage payment back then, we had two car notes, and we were commuting 90-minutes each way, so there were gas costs.

The pace of life is different. Mexico and now Antigua, the lifestyle, in general, is much more laid back and is much more understanding of family. Family in both places is a priority even within the workplace.

For example, my husband who’s now working at a Medical University, can leave to go take care of a doctor’s appointment for us or our children, it’s more like, ‘Go ahead. We’ll see you later,’

I will say there’s definitely a greater appreciation for work-life balance in both Mexico and Antigua than we experienced when we were living in Chicago.

Travel Noire: How much would you say you were saving a month now?

Lindsay: Mexico was definitely easier to save because Antigua is higher in costs than Mexico.

I would say we were probably paying upwards of almost three to four times as much to live in Chicago than we were in Mexico, so we drastically reduced our costs.

In Antigua, we are paying a considerable amount less.

Travel Noire: How are you children adapting to being abroad?

Lindsay: Children tend to be more resilient than we are. Adults tend to be set in our ways. I find that kids fall into the flow.

We check in with them every so often and ask them things like, “where do you guys want to go next?”

I promise you it changes every single day but we have those conversations with them regularly.

Travel Noire: As a business owner, how would you recommend people getting financially prepared for the move abroad?

Lindsay: One thing I recommend is budgeting how much it’s going to cost you wherever you’re going. Have three to four months savings in an account, and then enough for airfare tickets for you and whomever else is coming with you.

We’ve seen with COVID-19 that things change very quickly. As far as starting something beforehand, there are networking opportunities available to you in the US that are not always available abroad.

I know a lot of people who launched a business on the side. They work their 9-5, do their side hustle early in the morning and after work, and as that starts to grow, plan an exit strategy.

When you feel like you’re in a space where you’ve got consistent income and can manage your bills, you will know that you can take that leap.

However, I also don’t want anybody to wait forever because if this year has taught us anything it’s that we live in a world of someday when really tomorrow is not promised— sadly.

I know so many people who are on these 10-year plans and sometimes you just have to do it.

Travel Noire: Is there anything you want to tell us that I didn’t ask you that you feel is important?

Lindsay: I just want people to know they, too, can do this. We’re very regular people. We’re not exceptional. I genuinely believe in faith and putting faith into work, there will be a way if you want something badly enough.

You have to take that leap of faith as if there’s never going to be a perfect time for anything no matter how much planning. There’s going to be a transition process, and it’s going to be hard but with due diligence, research, and with the right attitude, you can work it out.