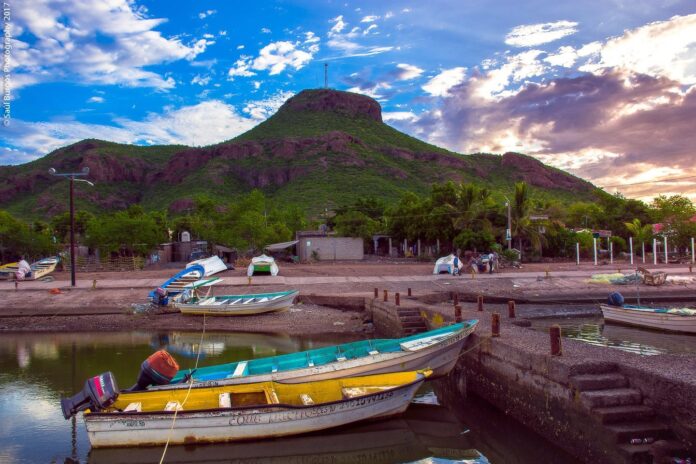 Sinaloa is a state vast in wealth and natural wonders, what few know is that within our territory of forests and beaches, there are also at least eleven volcanoes, in whose surroundings entire populations inhabit who are unaware of their existence.

Badiraguato has at least three volcanoes registered in its territory. One of the most outstanding is that of Batamanea, located next to the Varejonal dam near the municipality of Culiacán and the Sindicatura de Pericos in Mocorito.

This peculiar volcano is distinguished by its crater, in which there is a lake, this is filled by rainwater and during some seasons of the year it remains dry. In its surroundings there are some established communities, which are dedicated to agriculture.

This volcano is believed to be in the community of Mármol in Mazatlán, but its crater and exact location has not yet been defined. It was the eruption of this volcano that gave rise to the Cacaxtla Plateau, one of the protected natural areas of the state of Sinaloa, which is characterized by being composed of volcanic rock.

Between the municipalities of Ahome and Guasave, on the seashore, is the so-called Cerro Cabezón, which is actually a volcano that in ancient times gave rise to the Sierra de San Ignacio, made up of hills and islands.
Its crater is located at the base of the hill, where a fishing community is established. From the top of the hill you can appreciate the size of the crater, which extends towards the town’s pantheon and is surrounded by a road.

Some know it as the little mountain of Tecomate, but it is actually a volcano. This is located between the community of Melchor Ocampo in Mocorito and the community of Chinitos in Angostura.

In this site there are two elevations, known as the Cerro del Mahoma and the Cerro de la Mona, which are part of a volcanic structure that extends through the municipalities of Angostura, Mocorito and Navolato.

This is one of the most incredible volcanoes in the state, it was recently discovered in 2012 and unlike the previous ones, it is active.

It is located 3.3 kilometers under the sea of ​​Córtes, in front of the beaches of Altata, Ponce and Ceuta. Currently, scientific studies are being carried out to send robots to its surroundings with the intention of determining the impact that its eruption may cause, due to the recent seismic movements in the state.

Fortunately, most of the volcanoes in Sinaloa are considered “dead” volcanoes, since they do not have volcanic activity. However, in 2015, after recorded Choix seismic movements, cracks in the earth with gas emanation were reported in the communities of Yecorato and Chavira, which at one time was theorized was the birth of a new volcano, raising the doubt of a possible awakening from these sleeping colossi in some future.