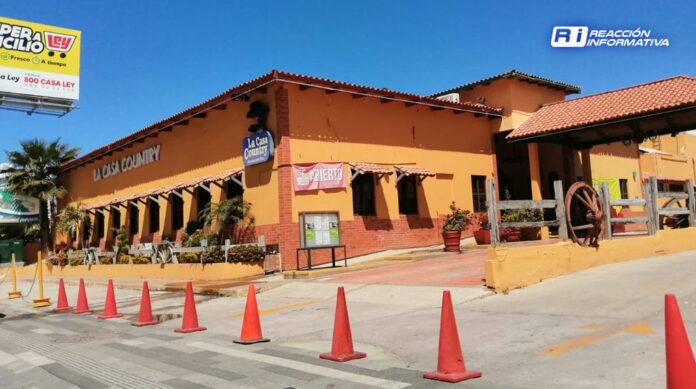 Mazatlán, Sinaloa.- Alone, with an uncertain environment and with a tragic incident that yesterday surprised the diners of the Casa Country restaurant in the port.

It was during the afternoon of Sunday that some subjects broke into the restaurant located in the Golden Zone of the port of Mazatlán. The victim had four bullet wounds, in the neck, face, and chest.

Regarding the motive for the crime, it was said that it was aboard a red Volkswagen vehicle in which the assailants arrived and began to shoot, after the fact they fled to the Sábalo Country subdivision where they left the abandoned unit.

Regarding the events, it is said that the attackers fled aboard a red Volkswagen vehicle in which they also arrived at the place, later escaping to the Sábalo country subdivision where the abandoned car was left.

So far it is known that the victim was identified as Fernando “N”, 32 years old, a resident of Valles del Ejido, originally from the state capital.

A woman was also injured during the attack because she was in the premises that were broken into, it is said that she is originally from Los Mochis, Sinaloa.