Absence of traffic elements, failures in public lighting and the lack of alternative routes affect merchants on Gabriel Leyva Avenue

Mazatlán, Sinaloa. – As a “badly planned” and “badly executed” project, the merchants on Gabriel Leyva avenue see the work of rehabilitation and remodeling of the road. Factors such as the absence of traffic elements, faults in public lighting and the lack of alternate routes for the diversion of vehicles, they say, have made this avenue become a true “chaos”.

“They would have started first in one lane, finished it well and started in the other, it is very badly planned, then at night, the lamps do not work, and you do not see anything,” said Carlos, who owns a business located in the area. .

Sales have fallen by up to 50%, even some merchants preferred to close due to the lack of parking and the amount of dust that is generated during the day.

“Sales are very low, we are just getting out to pay the rent. There are shops, such as a furniture store, which was always open and has already closed for about three weeks, because no customers came, ” said Amparo, another affected.

At the height of Héroes de Nacozari street, the neighbors point out, the lights fail, several crashes have already occurred there since it is also where the deviation towards the other lane for motorists begins.

“For us, it is very dangerous to pass at this intersection and there is never traffic. When they were fixing here someone collided with a pole and fell, they fixed it and everything, but they left all the cables hanging,” said Doña Martha, a senior. 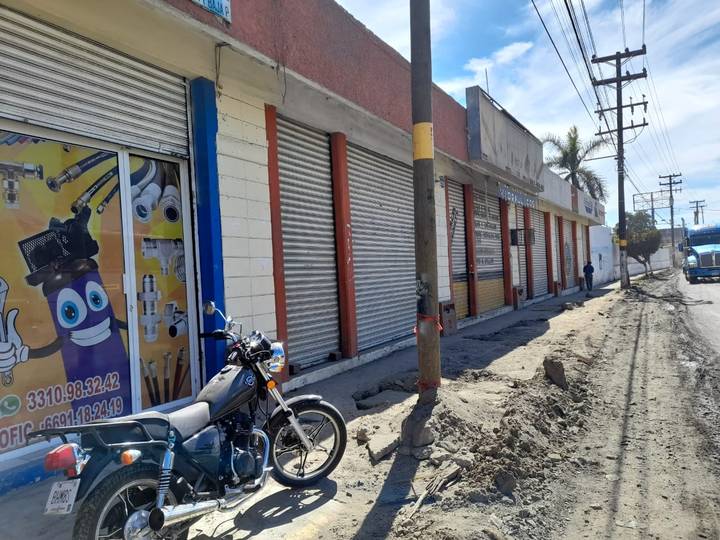 The works will conclude until the month of October.

In addition to the lack of customers, suppliers are unable to supply, as there is nowhere to park, due to the piles of dirt and stones that have been left on the shore.

“Merchandise suppliers do not enter because there is nowhere to park. All the stones they left us and we have removed them because they left them here at the door of our businesses, there is no alternative for customers to park because it is full of dirt and stones there “, Felipe mentioned.

The work began in November and is expected to end on October 31, 2021.