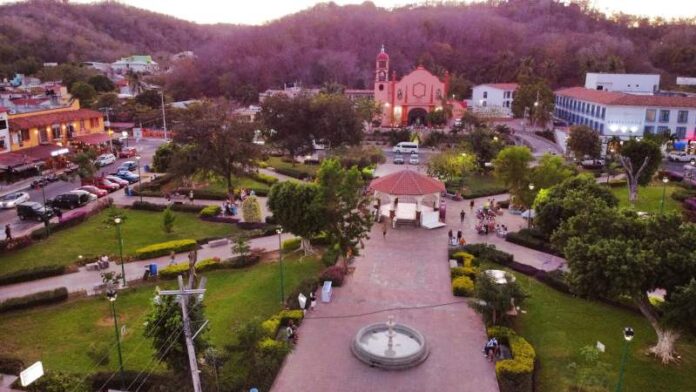 Huatulco is the pride of Oaxaca, not only for its nature, but for its people.

It is a place with great awareness of its people, which provides health security to visitors.

Edgar Enríquez Antonio, a person who was selected by a group of businessmen, as president of the Civil Association “Huatul Go”, sadly sees how the economy of Huatulco has been greatly affected. And with this civil association, various tourism promotion projects, training and other activities are undertaken to reactivate the economic development of one of the most beautiful tourist destinations in Mexico. Later we will give you more details about this Huatul Go movement, which is having an impact at the national and international level.

The tourist destination of Bahías de Huatulco has positioned itself with respect to the other tourist destinations of the country, as the safest in this period of pandemic. Because the infections have been minimal, because the protocols that have been adopted have been quite rigorous, on the part of the municipal authorities, as well as the tourist service providers.

As in the whole world many beautiful places have been affected in their economies, the same has happened here, so we want to invite readers to consider Huatulco, as a tourist place in Oaxaca as a travel option for relaxation, either in a weekend, long weekend or in a longer period of time.

On some beaches, there is a great tourist infrastructure, which allows great comfort to its visitors, since it has accommodations of all kinds, from small boutique hotels to five-star resorts, which have all kinds of services. You can also choose the famous All-Inclusive Plan, which, as its name says, consists of lodging, food, drinks, and recreational activities in the same hotel, for a fixed rate. There is also the European Plan that consists of only the room, having the opportunity for guests to go out to different restaurants and places of entertainment, making local consumption. Another is the Continental Plan that consists of the room including basic breakfast.

Meals on the beach are one of the most recurrent activities that tourists do when they visit Huatulco. And there are varied options, from the Bay of San Agustín, as well as the Bay of Maguey, The Inclusive Beach of “La Delivery” and the Bay of Santa Cruz, is where there is typical food prepared with the coastal seasoning and where each restaurant compete with a delicious flavor, where the diners are the winners, when they try delicious dishes, which although they are often the same, each restaurant’s kitchen puts its own touch, to conquer the most demanding palates.

The menus boast delicious dishes that we find it difficult to choose, between pineapple stuffed with shrimp or seafood, shrimp cocktails or the famous “come back to life” as a starter, in addition to enjoying ourselves while having a refreshing drink in front of the sea, whets our appetite to perhaps conclude if we go in a group, with a hot seafood platter, which contains: breaded filet, fish to size, shrimp in different presentations, such as shrimp a la diabla, garlic, em panizado and butter, whiting (fish quesadillas), octopus, ceviche, among other products that are exquisite.

For those who do not eat seafood, there is a diversity of dishes that are not made from seafood, so do not worry because there is food for everyone.

It is very common in any city to look for a place to get a good coffee and breakfast while sipping checking your emails, checking your agenda, and looking at your to-dos for the day. There are several cafes located in the Bay of Santa Cruz, as well as in hotels throughout the Huatulco areas, also in Tangolunda and in the “La Crucecita” neighborhoods.

Edgar Enríquez, a person who was selected by a group of businessmen who sadly see how Huatulco’s economy has been greatly affected.

It is not only in the case of an earthquake or a natural disaster that there is union and support among human beings. In the pandemic that we are experiencing, we have all been affected, directly or indirectly, since the economy has affected us too much.

This situation of such gravity and the failure to allow the economy to continue collapsing, moved a group of people who do not belong to the political sphere, nor from authorities of any of the three levels of government, but rather to the flesh and blood actors who are in charge of an affected company, with employees to keep on the payroll, so that they, in turn, bring the economic resources to support their families.

And this is how small and medium-sized companies in Huatulco, formed what was first a WhatsApp group, under the name of “Huatulgo”, an idea started by Mr. Alfonso Manzano and several businessmen from different sectors, in order to integrate this group to all economic sectors of the tourist industry. Since the total closure that occurred in 2020, plus the restrictions that occurred after the opening of the communication routes, has affected the economy in a very significant way, having lost a large number of jobs due to low hotel occupancy, This is both because there is less tourism, and because of the restrictions indicated by the authorities, based on the epidemiological traffic light.

This group regained strength and they have undertaken various actions to promote Huatulco at different audience levels, to awaken the interest of travelers, and consider Huatulco as the option for their rest. Part of these actions was to formalize the group and create a formal committee, where Lic. Edgar Enríquez remained as President, who is also the Representative of the Canirac Huatulco and due to this and his way of being, he has the facility to relate and be able to carry out the management of support, to achieve the projects that are created, to help Huatulco get ahead in the economy.

On August 22, 2020, they delivered Honoris Causa recognitions to outstanding members of Huatulco for their trajectory in favor of tourism in Huatulco.

From October 22 to 25, they carried out training for tourist guides on the topic of Visitor Management System, identity for tourism development.

From October 26 to 30, the filming of videos of Big Metra, two musicals and a Huatulco promotional took place.

From November 3 to 6, wholesalers from Ecuador and Colombia arrive to bring Huatulco a charter flight from their countries direct to Huatulco.

For space, we cannot list more activities that are being carried out, but on the 27th of this month, the Televisa actor Julio Camejo will come, who will record a video to comment in the media of shows on television stations in the country, about his stay in Huatulco. César Ferreira also arriving, who has visited 193 countries and coming to Huatulco, to make a video and disseminate with his contacts, on the recommendation that they visit Huatulco, as the best beach destination in the country.

All these actions carried out by the committee of Huatulgo, AC, with the support of the businessmen who belong to this initiative and who only seek that Huatulco is sustained and that it rises, for the good of the families that live from tourism and for a spill general economic, where Edgar Enríquez Antonio, has worked voluntarily, taking steps to ensure that the projects are carried out, since Huatulco, like many places, has a challenge that is to get ahead and in the soonest possible time, return to normality, which is not done alone, but with altruistic people like our character. The contact Facebook is Huatul Go and WhatsApp: 9581115513.

Edgar Enríquez Antonio, President of Huatulgo, A.C. invites you to visit Huatulco, the pride of Oaxaca for its beaches and for its people, who are working to give you the best services and make you live experiences that you will never forget in your whole life, so come because we are going to pamper you like never before. , here in Huatulco. We are waiting for you in Huatulco!