The Federal government gave the green light to more than 300 municipalities to resume non-essential activities and classes, but most local leaders chose to maintain social distancing measures.

Mazatlán, Sinaloa.- Despite the fact that Sinaloa does not have “Municipios de la Esperanza”, in Mazatlán the citizens believe that the quarantine for the Covid-19 has already ended and this is reflected in the road load, which has increased by 70% approximately this week, compared to the previous one, said the coordinator of Road Education, Roberto Jaime Rodríguez.

He acknowledged that in Sinaloa there are still many infections, so measures have to be taken in all aspects, to prevent them from increasing. 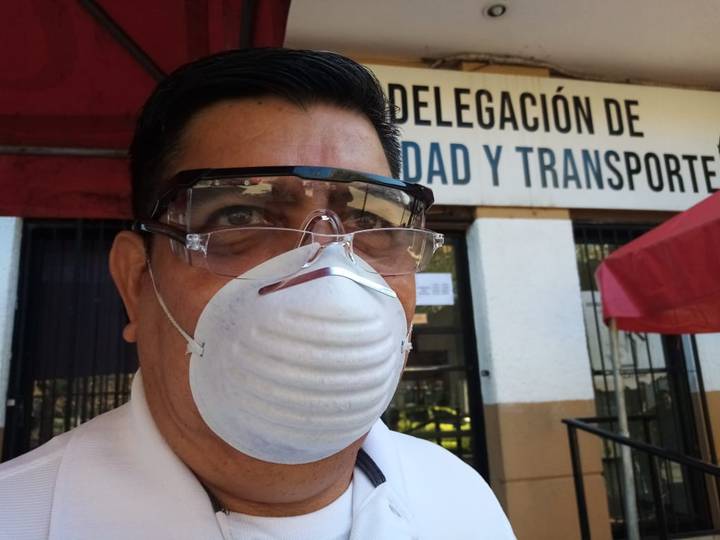 He specified that in the morning, it is from 7:00 a.m. to 9:00 a.m. when there is a large influx of vehicles on cruises such as the Mexican Army and Insurgents, Juan Carrasco and Gutiérrez Nájera, La Marina and Rafael Buelna, Revolución and Avenida Internacional, among others, while in the afternoon, from 5:00 p.m. to 7:00 p.m. the situation is repeated. Jaime Rodríguez indicated that the state authorities assure that the situation of Covid-19 has not been ended since infections continue to appear among the population.

The increase in road load contrasts with the situation derived from the pandemic since it is assumed that the school population remains at home, as well as much of the labor sector.

The vehicular traffic that occurs in the port, he said, is normal and can be seen at traffic lights, where “queues” of cars originate, whose occupants leave their homes to make purchases, payments or some type of procedure.

The secretary of the City Council asks the population not to be confused, in Mazatlán the sanitary provisions of staying at home are maintained

Hundreds of Mazatlecos left home to carry out various activities at the height of the Covid-19 pandemic.

The movement of people of all ages was noticed early on.

Long lines are posted outside of banking institutions.

In the city center, people of all ages shop and make payments at City Hall offices.

Likewise, elderly people are seen sitting on the benches of the plazuela Republica.

Given this movement that took place in the city, the Mazatlán City Council carried out an operation to stop the relaxation of the federal provisions that are still in force for Mazatlán and the entire state of Sinaloa.

The secretary of the Commune, José de Jesús Flores Segura, asked the population not to be confused. There are municipalities in other entities of the country authorized to reopen non-essential activities , even with some sanitary measures.

Perhaps this confused the population, but it can be very dangerous, recognized Flores Segura.

He reiterated the invitation to the population to stay home.

He advises business owners of non-essential activities that they still cannot open until the authority indicates it.

While in urban transport, the units also operated full.

The Ministry of Health released the list of the 324 “Municipalities of Hope” that could restart activities starting, Monday, May 18.

During the afternoon conference, Hugo López-Gatell announced that Oaxaca is the state with the largest number of these municipalities, with 213.

López-Gatell reiterated that the “Municipalities of Hope” are those that have not registered registered cases of COVID-19 during the last 28 days and do not adjoin municipalities that have infected patients. The undersecretary specified that the return to activities depends on the state and municipal authorities: “If they decide no, they are exercising their powers as a state health authority and there is no lawsuit with the federal government”

Next, we present the complete list of the Municipalities of Hope.