Teodoro Díaz has spent 34 years of his life dedicated to the elaboration of this appetizer, which has sweetened the palate of the Mazatlecos

Mazatlan Sinaloa.- Don Teodoro Díaz is a 76-year-old, hardworking man, who has become a benchmark in Mazatlan when talking about the preparation of traditional sugary churros, which from November to March, approximately, are the delight of thousands of Mazatlecos.

He has 34 years of his life between dough, sugar, vanilla, cinnamon and hot oil, to the extent that he has turned his work into a true art.

The churros, he says, are ready in less than four minutes in the boiling oil. His routine in all this time that he has been selling the product is to get up at 8:30 in the morning, prepare the dough and let it rest for 6 hours. It makes approximately 5 kilos of dough a day.

From 3:00 p.m. to 8:30 p.m., he sells them at the corner of Jesús Eduardo Vizcarra and Justo Sierra streets, near Teodoro Mariscal Stadium.

To make the dough does not take 10 minutes. His working instruments are his cart, the syringe, the saucepan with the boiling oil and the gas.

“Once the gas hose burst and the people who were here went to waste because they thought they were going to burn, and you just close it to the gas tank and nothing happens,” recalls Don Teo.

Don Teodoro talks that none of his four children liked the harvest; However, all of them got ahead, the oldest of their children is a mechanical pilot, the next one is an automotive mechanic, another is a courier and the fourth is an immigrant in the north, in the United States, for 17 years.

He says that he did not study or elementary school and that in his youth he traveled to the north of the country in several musical groups; The instruments he dominates are the trombone and the trumpet. After his pilgrimage, he started in the churros business, thanks to a cousin who taught him how to prepare them, although his strength is the nieve de garrafa , which he also sells in the same place, but in the months when it is hot.

While he talks the anecdotes that he has lived in more than three decades of sweetening the palates of the Mazatlecos, people start to gather him, on foot, by car, or by bicycle, they make him a lot, because they want to make sure that they will get to buy him some churros before they run out.

Each churro sells it for 2 pesos with 50 cents.

You can find churros from Don Teodoro Díaz at the corner of Jesús Eduardo Vizcarra and Justo Sierra streets, from 3:00 p.m. to 8:30 p.m. from Monday to Friday. 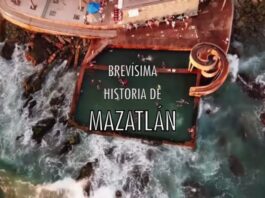 The history of Mazatlán from the Totorames to the Mazatlán Carnival... 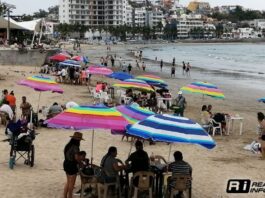 Despite the bad weather, tourists make the waters of the Mazatlan... 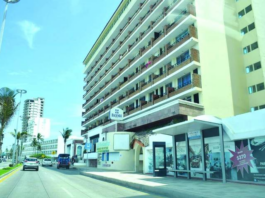 Hotels at 75% occupancy over the weekend in Mazatlán