The store respected the price that appeared in the ads.

As if it were the movie “300”, this morning Walmart Toreo users fought to the death over the screens that a careless employee put to 1,999 pesos, after mistakenly using a comma.

Although initially there were only 30 people trying to take over the televisions, little by little it became a crowd that enraged, finished with the 200 devices.

Shouts and shoves, went to the boxes to take advantage of the ‘offer’ that the store, very intelligent, agreed to respect. Thus, Walmart became the first establishment that loses at the beginning of Buen Fin. 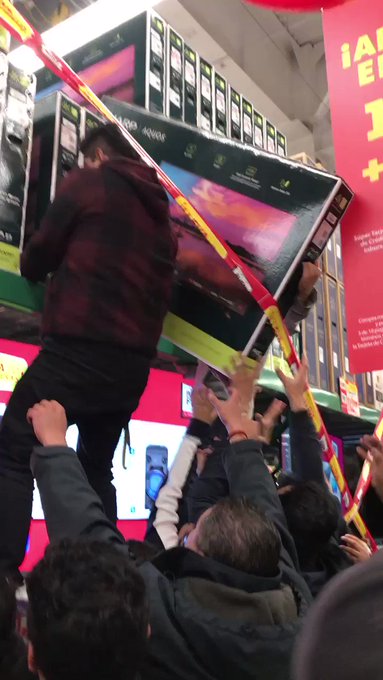 The winter season is looking good for Mazatlan