The elected president Andrés Manuel López Obrador announced the creation of a Business Council composed of eight businessmen, who will advise him on economic issues during his term.

López Obrador explained that the formation of this group of entrepreneurs will be coordinated by Alfonso Romo, next head of the Office of the Presidency of the Republic, and said that “we will continue to call on everyone”.

In 16 minutes, López Obrador acknowledged that public investment is insufficient for an optimal growth of the country, which requires the participation of the private sector and foreign investment so that the Mexican economy grows to at least four percent for there to be sufficient jobs, well-being, and tranquility. 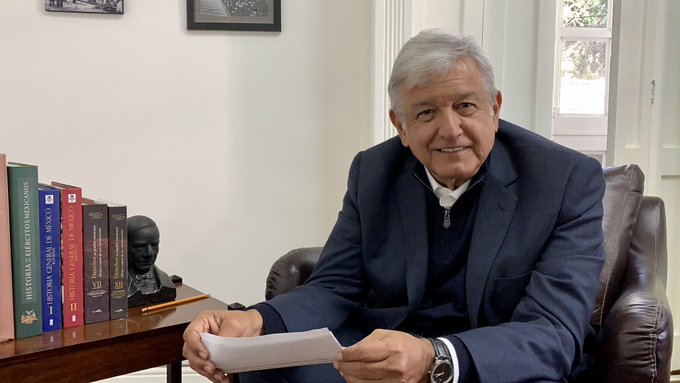 He explained that it was the entrepreneurs’ initiative to set up the advisory council, with whom they would meet every three or four months to get their views and support the next federal government, so the idea is for a civil society institution to be established. to help the government achieve Mexico’s progress with justice.

He also spoke to the 2019 Budget that, he said, will be an instrument for development and which guarantees resources for the payment of the debt, for the state and municipal governments.

This budget also guarantees the payment of pensions and retirements of the salaries of all government workers and even an increase for those who earn less, in addition to reiterating the reduction of the perceptions of high public officials including him, who will earn 40 percent less than the current federal Executive.

Regarding the security plan presented yesterday, he stressed that he will carry out strategies similar to those of when he was head of the capital’s government, in addition to attacking the causes of insecurity, such as unemployment, giving more attention to young people, as well as bringing down the corruption and impunity.

López Obrador explained that the formation of the National Guard is due to the fact that in the country there are local police forces that currently lack the operational capacity to confront crime, although he acknowledged that there are elements that deserve all respect for their work and commitment.