By issuing rulings in two separate cases on Wednesday, Mexico’s Supreme Court set a binding precedent that the country’s ban on consuming marijuana is unconstitutional.

The move comes as the nation’s incoming presidential administration has been considering legalization.

Earlier this month, designated members of President-elect Andrés Manuel López Obrador’s future cabinet discussed legalizing cannabis with Canadian government officials on a trip to that country, which ended prohibition of the drug this month.

The two new high court judgments follow three similar previous rulings. Under Mexican law, when chambers of the Supreme Court rule the same way five times on a given subject matter, it becomes a binding precedent on all of the nation’s judges.

It also means that the government must now amend policies that contradict with the court’s constitutional interpretation, namely that marijuana laws need to be reformed. 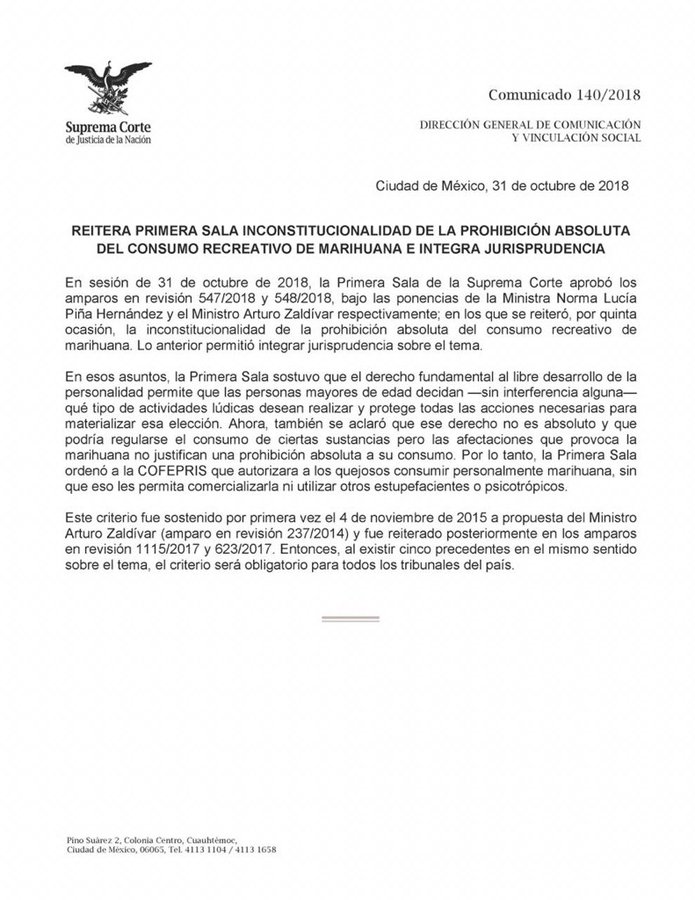 “The ruling only applies personal possession and private use, and cultivation in the home for such use,” Steve Rolles, a senior policy analyst with the Transform Drug Policy Foundation, told Marijuana Moment in an interview. “It also allows for sharing. So the situation will be somewhat similar perhaps to the give-and-grow schemes in Washington, D.C., and Vermont in that it doesn’t allow for commercial sales. Though that seems likely to follow when lawmakers act to implement the ruling. Until the legislation is adapted, we will be in something of a grey area.”

4/ Today’s de facto legalisation of cannabis in Mexico means you can now travel the entire West Coast of North America, from the arctic circle in Canada, to the Mexican border with Guatemala, without leaving a legal cannabis jurisdiction, 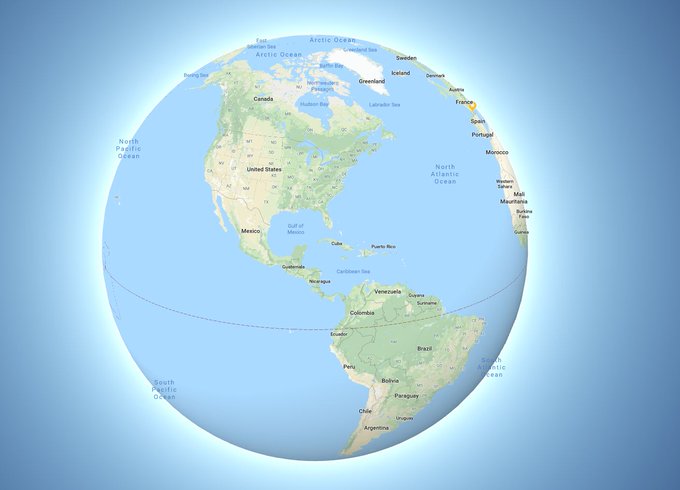 5/ Huge kudos again to @lismarybaby @asantacruzg & colleagues in the @MUCD team who led this effort – kicking off more than 6 years of patient strategic litigation that led us to today’s historic WIN @zarasnapp @AramBarra & all the others involved; THANKYOU! 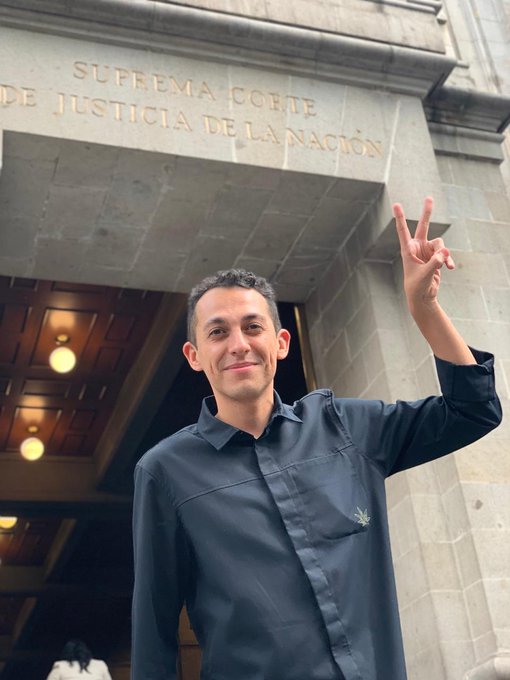 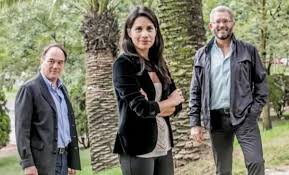 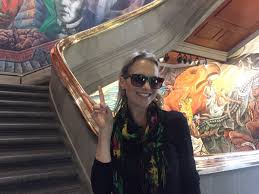 “In these matters, the First Chamber held that the fundamental right to the free development of the personality allows the persons of legal age to decide – without any interference – what kind of recreational activities they wish to carry out and protect all the actions necessary to materialize that choice,” the court said in a press release, as translated by Google. “Now, it was also clarified that this right is not absolute and that the consumption of certain substances could be regulated, but the effects caused by marijuana do not justify an absolute prohibition on its consumption.” 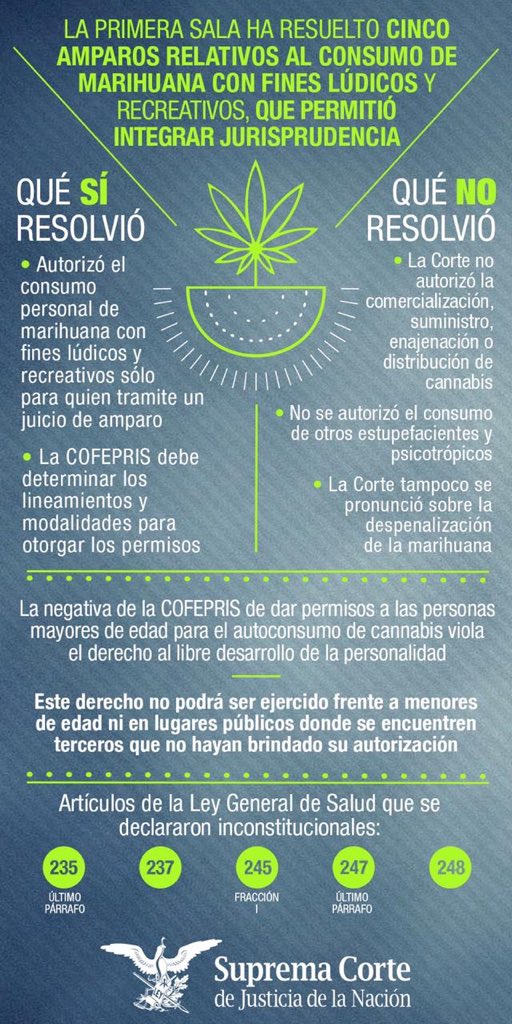 The new precedent doesn’t mean that it is automatically legal for people to use and grow marijuana, but it does mean that judges considering the cases of those who are caught by police before formal statutory changes are implemented must abide by the Supreme Court’s ruling.

Mexico’s Congress has 90 days to repeal cannabis laws that are now considered unconstitutional. 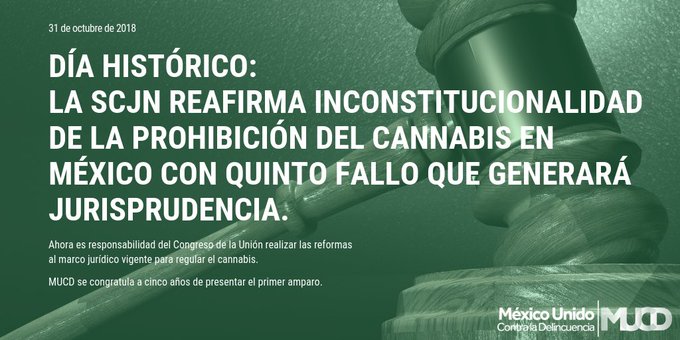 Tom Angell is the editor of Marijuana Moment. A 15-year veteran in the cannabis law reform movement, he covers the policy and politics of marijuana. Separately, he founded the nonprofit Marijuana Majority. Previously he reported for Marijuana.com and MassRoots, and handled media relations and campaigns for Law Enforcement Against Prohibition and Students for Sensible Drug Policy. (Organization citations are for identification only and do not constitute an endorsement or partnership.)