Authorities in Mexico are combing river gorges deeper than the Grand Canyon for a North Carolina teacher who is a Davidson College graduate. 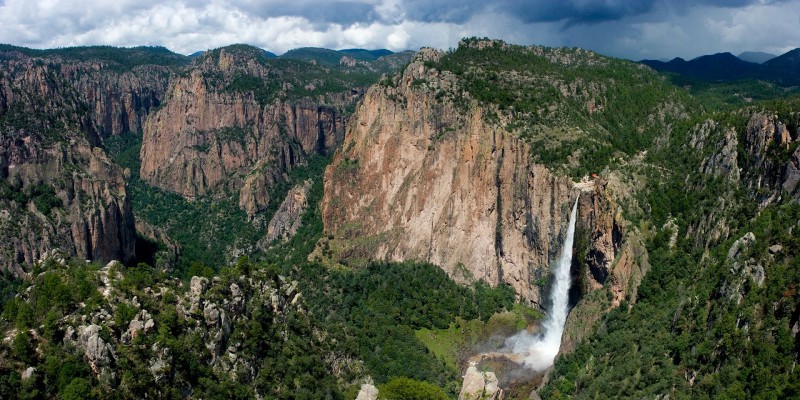 Patrick Braxton-Andrew went missing while on a walk or hike in or near the village of Urique on Sunday afternoon, the college posted in an alumni alert on Wednesday.

The Charlotte Observer reported Wednesday that Braxton-Andrew, Class of 2006, was supposed to meet his brother, Kerry, in Mexico City on Tuesday, according to their father’s post on the college’s alumni Facebook page.

Braxton-Andrew is 34 and teaches Spanish at the private Woodlawn School, just north of Davidson in southern Iredell County.

He “is fluent in Spanish and has traveled abroad in Central America regularly,” Eileen Keeley, Davidson’s vice president for college relations, said in the alumni alert reported by The Charlotte Observer on Wednesday.

State and local authorities began expanding the search in recent days from Urique to neighboring towns, according to a Friday morning post on a Facebook page started by Braxton-Andrew’s family and friends to provide updates on the search.

A post-Saturday morning said more state and local authorities had joined the search, along with “the local indigenous community.”

Teacher, a Davidson grad, went on a walk in Mexico. He hasn’t been heard from since.

Geo-Mexico.com describes Copper Canyon as “one of Mexico’s most amazing natural wonders.”

Says Geo-Mexico.com: “The rugged ranges of the Western Sierra Madre in the state of Chihuahua conceal several massive canyons, giving rise to incomparable scenery. The Copper Canyon (Cañon del Cobre) region is the collective name given to this branching network of canyons, larger in many respects than the USA’s Grand Canyon.”

According to an accompanying chart on Geo-Mexico.com, the canyons drop to a depth of 6,135 feet, compared with about 6,000 feet for the Grand Canyon.