Guadalajara will celebrate the 25th edition of the mariachi and charrería meeting.

With the participation of 19 countries, the festival will be held from August 20 to September 2

It is expected the attendance of more than 300 thousand people to the 247 shows scheduled.

The mariachis will invade Guadalajara in August, which is not at all exceptional, given that the capital of Jalisco is almost the birthplace of these groups, except that on this occasion the nationals will mix with groups from other countries.

The International Encounter of the Charrería and the Mariachi will take care of tourism from August 20 to September 2 with the additional attraction of the presence of groups from 19 other countries.

For the twenty-fifth year, the festival will attract the presence of these groups that in Mexico already have the category of the intangible heritage of humanity of the United Nations Educational, Scientific and Cultural Organization (Unesco, for its acronym in English)

“It’s not the best festival in the world, but that’s what we throw at it,”said Xavier Orendaín de Obeso, chairman of the board of directors of the Chamber of Commerce, an organization that organizes the celebration that, along with the activities musical, will present a sample of the work of Oaxacan artisans San Padro Taviche.

The program includes six calls Galas del Mariachi, in the Degollado theater, and one in the Placido Domingo Theater of the newly premiered Performing Arts Ensemble of the University of Guadalajara, located in Zapopan. In these acts, the vernacular music will be mixed with the simultaneous performances of the Philharmonic Orchestra of Jalisco.

For the closing, scheduled in the Plaza de las Américas, on September 2, the singer Aida Cuevas, who announced that it takes 42 years to sing faithfully what she called the best music in the world, will be in charge of the star turn, while a day before Alejandro Fernández will host a concert in an auditorium of a telephone company. 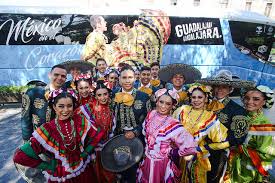 The other phase of the encounter, the charreria, will have its activities from August 23 to 26 in the Triangle of the Sands canvas, where a great parade of allegorical cars and comparsas will take place. 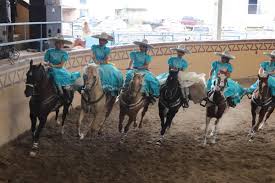 Minors also contemplate activities, including a didactic concert at the Museo del Trompo, on August 30.

The Mexican Academy of Mariachi will give 22 workshops to musicians who will come with groups from across the border, including those from Canada, Cuba, the United States, Colombia, Peru, and Ecuador. 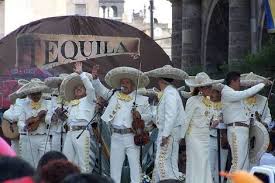 The festival, which has a majority share of the 80 percent private initiative, according to Orendain de Obeso, will leave an estimated economic spill of 140 million pesos and it is expected that more than 300 thousand people attend the 247 shows that will consist of meeting.

The event was born in 1994, at the initiative of Don René Rivial León, then President of the Guadalajara Chamber of Commerce, since in 1993 he traveled to Tucson Arizona and discovered a mariachi festival that had been going on for 30 years and proposed to formalize the great event of mariachis, this is how the encounter is born.

Welcome to the “Mariachi and Charrería International Encounter”.

This traditional festival was born in 1994; Since then and to our time has gained worldwide prestige, the Mariachi has been named by UNESCO as “Intangible Heritage of Humanity”.

Our events have become an experience for the hundreds of thousands of spectators who have witnessed the artistic and cultural presentations year after year, we are proud to have personalities from the artistic, political and cultural fields both nationally and internationally in each one of our finery

Every year we present the best mariachis in the world as: the Vargas de Tecalitlán, America’s Don Jesus Rodriguez de Hijar, the Campers of Nati Cano, the New Tecalitlán among others, it would not be the same without the participation of international mariachis of Croatia, Cuba, Belgium, Chile, France, Argentina, Panama, Switzerland, Peru, Italy, Aruba, Ecuador, Colombia, Australia, Costa Rica, Canada, United States, among others.

Remember the passion that our candidates live in the Mariachi Ambassador Contest, the Sunday Parade full of party and folklore, the Galas del Mariachi in the majestic Degollado Theater, the spectacular Magno concert with the presentation of international artists, the full cultural pavilion of music and tradition, the public galas in Guadalajara, Zapopan and Tlajomulco de Zúñiga, the interesting Guinness Record and the Charro National Championship for highlighting the most important ones.

Information on Tickets, Lodgings, and Event.