There is a digital collection of Frida Kahlo that is free called Faces of Frida, the largest collection of documents, photographs, and works related to the artist

Frida Kahlo de Rivera (Spanish pronunciation: [ˈfɾiða ˈkalo]; born Magdalena Carmen Frida Kahlo y Calderón; 6 July 1907 – 13 July 1954) was a Mexican artist who painted many portraits, self-portraits, and works inspired by the nature and artifacts of Mexico. Inspired by the country’s popular culture, she employed a naïve folk art style to explore questions of identity, postcolonialism, gender, class, and race in Mexican society. Her paintings often had strong autobiographical elements and mixed realism with fantasy. In addition to belonging to the post-revolutionary Mexicayotl movement, which sought to define a Mexican identity, Kahlo has been described as a surrealist or magical realist.

Born to a German father and a mestiza mother, Kahlo spent most of her childhood and adult life at her family home in Coyoacán, La Casa Azul, now known and publicly accessible as the Frida Kahlo Museum. She was disabled by polio as a child. Until a traffic accident at age eighteen caused lifelong pain and medical problems, she had been a promising student headed for medical school. During her recovery, she returned to her childhood hobby of art with the idea of becoming an artist.

Kahlo’s interests in politics and art led to the next stage of her life. In 1927, she joined the Mexican Communist Party, through which she met celebrated muralist Diego Rivera whom she married in 1928. The relationship was volatile and included a year-long divorce; both had extramarital affairs. Kahlo spent the late 1920s and early 1930s traveling in Mexico and the United States with Rivera. During this time, she developed her own style as an artist, drew her main inspiration from Mexican folk culture, and painted mostly small self-portraits which mixed elements from pre-Columbian and Catholic mythology. Her paintings raised the interest of Surrealist artist André Breton, who arranged for Kahlo’s first solo exhibition at the Julien Levy Gallery in New York in 1938. The exhibition was a success and was followed by another in Paris in 1939. While the French exhibition was less successful, the Louvre purchased a painting from Kahlo, The Frame, making her the first Mexican artist to be featured in their collection. Throughout the 1940s, Kahlo participated in exhibitions in Mexico and the United States. She taught at the Escuela Nacional de Pintura, Escultura y Grabado “La Esmeralda” and became a founding member of the Seminario de Cultura Mexicana. Kahlo’s always fragile health began to decline in the same decade. She had her first solo exhibition in Mexico in 1953, shortly before her death in 1954 at the age of 47. 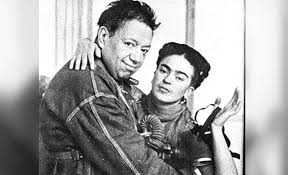 Kahlo was mainly known as Rivera’s wife until the late 1970s when her work was rediscovered by art historians and political activists. By the early 1990s, she had become not only a recognized figure in art history but also regarded as an icon for Chicanos, the Feminism movement, and the LGBTQ movement. Kahlo’s work has been celebrated internationally as emblematic of Mexican national and Indigenous traditions, and by feminists for what is seen as its uncompromising depiction of the female experience and form.

COVID traffic light in Mexico by states: this is the map from November 29 to December 12, 2021

How many marijuana plants can I grow in the backyard? Mexican Senate must approve by December 15th