Neither the fame, wealth or power they had in life prevents the remains of great characters resting today in neglected tombs and even ruins

Ángela Peralta is one of the oldest cemeteries in Mazatlan, in its bowels are the remains of people who died in the late 1700s, and during the 1800s and 1900s.

It is named after the Mexican opera diva Ángela Peralta, who visited this port with a large artistic company to make a presentation that never took place; the singer dies 10 days after arriving in port in 1883, a victim of yellow fever.

The remains of Ángela Peralta were buried in the cemetery that today bears her name, and according to the story of the Mazatlan historian Gustavo Gama Olmos, they were exhumed years later. However, the one that is still in this place is the tombstone of one of the most remembered foreign artists of Mazatlan, whose name is the most important theater of this port. 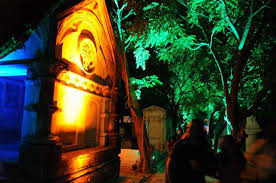