Since his first administration as municipal president, his management was surrounded by controversy, criticism and even complaints.

Mazatlán, Sinaloa.- When he became president of Mazatlán in 2018, Luis Guillermo Benítez Torres promised the transformation of Mazatlán and putting the poorest population first, as governed by the fourth transformation.

Four years after that and despite having been re-elected as president and having the vote of the citizens, the facts are very different from how he stated them .

Since his first administration 2018-2021, and during the first year of the current one, 2021-2024, his management was marred by controversies, controversies, confrontations, criticism and lately a series of complaints, even criminal, against him, which finally They forced him to resign from office.

Lawsuit with the Toledo family

The first controversy arose in November 2018, a few days after taking protest as mayor of Mazatlán .

Among his first actions, he carried out an inspection of the drinking water and drainage network in which a debt of 2.9 million was detected by the Teodoro Mariscal Stadium to the City Council.

There were several days of tension in which there were declarations of disqualification by Benítez Torres towards the Toledo family, whom he even described as ” huachicoleros ” for having clandestine drinking water intakes, even the water supply to the baseball stadium was cut off with the intention of dispossessing the businessmen of the Club Venados de Mazatlán of the property, who had the concession decree.

The mayor warned that not only was the concession to the Toledo family at risk through the Costa del Pacífico entertainment company but also as a baseball plaza and the realization of the Caribbean series in 2021.

In April 2020, the City Council took possession of the stadium after a ruling issued by a Court in which the Toledo family’s contract was terminated for failing to comply with the established agreement. 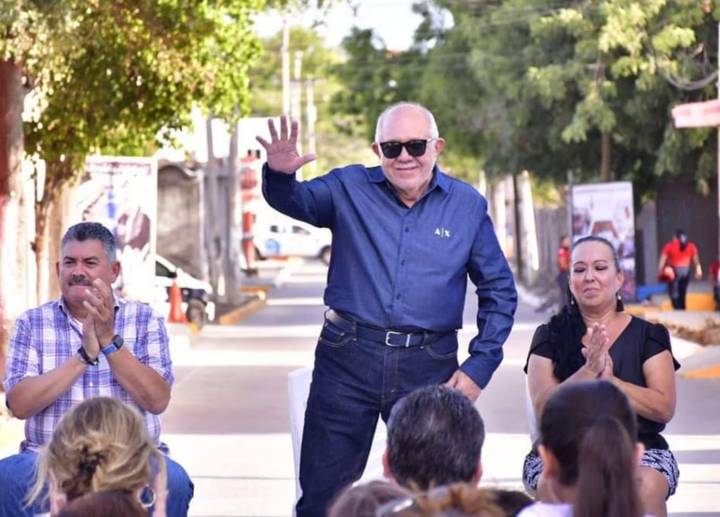 However, on July 15 of that same year, it was returned to the Toledo family, since the Caribbean Series was about to be held and once the sports fair was over, the entertainment company did not return the stadium as promised and the City Hall filed a lawsuit in court which is still in process.

But in addition, the State Human Rights Commission received a complaint from the family in which alleged violations of the rights of the concessionaires are indicated and the existence of irregularities related to the supply of drinking water in the property is not verified and that On the contrary, illegal action was taken during and after the stadium water cutoff, which ended in a recommendation from the ECHR for the municipality to request a public apology as reparation for the damage .

Relationship with the media

From his beginnings as president, his relationship with the media was very heated, especially with those who criticized his government.

On numerous occasions he ranted against them saying that they were “the main enemies of Mazatlan” because their statements ran out of context, because they lied and misrepresented the information, because in his opinion they were dedicated to misinforming the population, that there was media harassment against him or that they only wanted to defame his government.

In 2019, following a recommendation from the State Human Rights Commission, the mayor had to request a public apology from journalists, after the Commission determined that Benítez Torres violated the human right to freedom of expression to the detriment of journalists and communicators on the occasion of the expressions of rejection and disqualifications, after verbal aggressions by the mayor of some of his officials.

Dismissal of your former partner

In May of this year 2022, Gabriela Peña Chico was dismissed as honorary president of the Municipal DIF, a position she had held since the first administration of Benítez Torres, 2018-2021.

It was known that since the beginning of the second administration the “Chemist” and she had ended their sentimental relationship, but by a political agreement Peña Chico remained at the head of the paramunicipal.

It was said at first that the reason for this dismissal had been precisely because he no longer lived with her in concubinage for approximately a year at that time, although the municipal president said that it was a restructuring and he wanted other profiles with another form of to work.

The also militant of the Morena party recently revealed that for two years she has not had any type of sentimental and personal relationship with Benítez Torres and confessed that the way in which she was treated, by the former mayor today, when she was in charge of the paramunicipal was not of the right way to the point of reaching her dismissal.

In his consideration, the then-municipal lacked chivalry, due to the way in which she was dismissed.

“He definitely had, and has the ability, to have removed me, the hierarchy, the power, the only thing he lacked was chivalry,” she revealed. 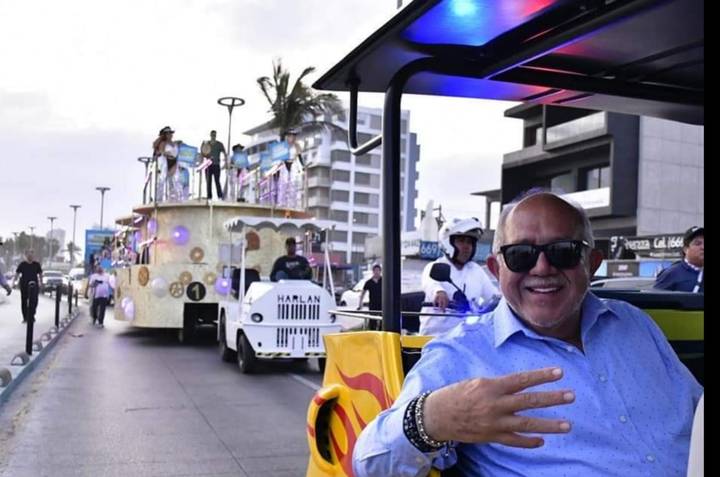 Luis Guillermo was characterized as a “traveling mayor”, his argument was to promote Mazatlan in tourism. Photo: Courtesy | Mazatlan City Hall

Luis Guillermo was characterized as a “traveling mayor “, his argument was to promote Mazatlan in tourism.

In one of the many Cabildo sessions in which he was absent, the aldermen accused Benítez Torres of leaving his responsibilities as president to attend events that were not as relevant to the municipality.

How the time that the governor of the state, Rubén Rocha Moya, summoned the 18 mayors to a meeting to deal with public security issues and to which Benítez Torres did not attend, but later in Mérida, Yucatán, during the Tianguis Turístico, he was asking for advice to the governors in the same matter.

There were numerous Cabildo sessions in which he was absent and his absences, although if notified, were not justified.

After a special audit, in October of 2022, the Superior State Audit revealed a financial disorder that compromised the public resources of Mazatlan for the acquisition of 2,139 luminaires with a total value of 400.8 million pesos.

The ASE reviewed the millionaire contract that the municipality signed with the Azteca Lighting company and which was awarded directly for such an amount, after a complaint filed by opposition councilors and the Citizen Observatory organization.

In total, the ASE reviewed six contracts that were awarded directly to this company from 2020 to 2022, since Azteca Lighting had benefited from an amount of 538, 261, 053 pesos during the management of Benítez Torres.

In the report, the ASE specifies that contracts were made through direct awards, despite the fact that a public tender had to be made for the contract amounts, that there was simulation in the market studies, that there are no logs that show that lamps, poles and more lighting equipment have been received, that there are several lights that are lost, that no hiring was done in accordance with the municipal works plan and that the City Council did not support the purchase of the lights, which were of an urgent nature as they had justified.

Patrimonial damage to the public treasury of 60 million 880 thousand 730.6 pesos was calculated and since this was an irregular acquisition, with a procedure contrary to the legal norms that govern acquisitions in the State of Sinaloa, the ASE summoned the commune to return said resource.

Later, for the crime of irregular performance of the public function, he was denounced before the Attorney General of the State of Sinaloa, an action that could have set the precedent to impeach Benítez Torres, but with his resignation the latter was left without effect.

It is precisely this last case, the one that has led Luis Guillermo Benítez Torres to resign from his post, supposedly to defend himself and demonstrate that he has “no tail to be stepped on” and at the same time, thanking the governor for his generosity, accepted his invitation to be the new Secretary of Tourism of Sinaloa.