A community of 50 people from the United States, Haiti, and Africa is settled in the port; most have escaped the systemic racism that exists in their places of origin.

Mazatlán, Sinaloa.- In 2018 Marian Delgado arrived in Mazatlán to start life as a couple with her husband Erik. She is originally from Omaha, Nebraska, in the United States, where since she was a child she experienced first-hand the discrimination and racism that prevail in that country.

With her 1.85 meters tall, dark skin and afro hair, it is not easy to go unnoticed, but she is already used to people always staring at her, being pointed at and thinking that she is different from others.

According to the Intercensal Survey of the National Institute of Statistics and Geography (INEGI) of 2015, up to 1.38 million Mexicans identified themselves as Afro-descendants or Afro-Mexicans, which represents 1.2 percent of the national population, of which 705 thousand are women and 677 a thousand are men

Marian’s dad is African American, originally from Columbus, Ohio, and her mom is from Mexico City. And although every year he visited her mother, it was in 2017 when she stayed in this country, she met Erick, with whom she started a relationship and a year later they decided to live in Mazatlan .

In the port, he found a quiet life and is now part of the Black Mazatlán community, made up of 50 Afro-descendants living in different neighborhoods in the city. Most of them are from the United States, Haiti, and Africa.

The Afro-descendant towns, communities, and individuals in Mexico, which are mainly concentrated in Guerrero, Oaxaca, and Veracruz, form a group historically ignored in the censuses. It is the invisible population that makes its way into a country that represents freedom and the promise of a better life.

While her hands grab her long colored braids, Marian shares that in Mazatlan she has not personally suffered discrimination, just as she experienced it in the United States, perhaps because her skin is not so dark, however, her friends have not run with the same luck.

Remember the case of a person who was sitting at the Sister Cities Park and a lady called the police to take her away, for no reason, just for being there?

” I have another friend who is struggling with her neighbors, what she tells me, and her landlady too is that she has not done anything, but they blame her for anything that happens in her neighborhood in the Montusa neighborhood, they have called the police twice, that’s discrimination at its highest stage,” she says.

She acknowledges that the people of Mazatlan are still not used to seeing people of dark color. Many times, out of curiosity, they have touched her skin, and her hair, in addition to taking pictures of her without asking her permission.

It was in the United States that Marian experienced discrimination and racism at its highest level. Once they threw her into a lake, with all of her and her bicycle; on another occasion, a group of girls wanted to comb her curly hair while making fun of her. Also, a supposed friend of hers challenged her to eat dog food so she could let her out of her house.

In Mexico, they have always treated her well, but better in Mazatlan, where the warmth of its people and its food have made her fall in love.

” Here in Mazatlan the community of Afro-descendants is still very small, we are around 50 people, and just this year we are bumping into each other in the streets, two years ago it was not so easy, little by little this community that we now form Black has been growing in Mazatlan”. 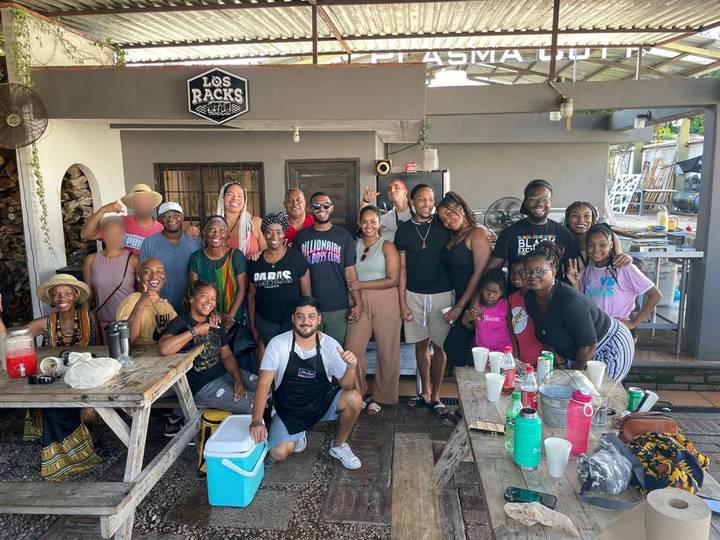 Enter the army and then leave your country

In 2012, the young woman entered the Army in the United States, where she lasted four years. There she had the training to use weapons, even to go to war in Iraq, but luckily for her, they didn’t send her; at that time she couldn’t visit Mexico either

” When you are in the United States Army, they no longer let you come to Mexico, especially, I was in San Diego and the instruction was that we could not go to Tijuana, because they would dishonorably remove us from the country and you can no longer receive benefits that they give for life .”

Her parents separated and she returned to Mexico in 2016, where she met Erick and never left the country. Her now husband already knew Mazatlan, studied Philosophy at UNAM, and came to a congress in November 2017. When she visited the port for the first time, she liked the city a lot, so they decided to settle in the port.

” Mazatlan is very accessible and cheap, that’s why we stayed here. Adapting has been easy, as far as it goes, but in some things, it’s very slow, and that’s a bit difficult for me. Both in the United States and in Mexico City everything is very fast, but I am learning to live more slowly, more in peace, and above all with a lot of tranquility “.

Being the daughter of a Mexican mother, Marian has been closely linked to this culture; she is from the port she likes the Carnival, her Malecón, the transport of pulmonias and the banda music. Her favorite songs are “The lost child” and “El corrido de Mazatlán “.

“ And as the song says: ‘here even a poor man feels like a millionaire ‘, there are tourist destinations like Cancun and Los Cabos where you can’t access the beach if you’re not in a hotel and that doesn’t happen here,” she says.

“ In the case of our community, we always look for the local, the Mexican, not so much the Americanized ”.

The young woman is also part of the Emprendamos Maz business incubator, which is managed by the Ministry of Economic Development, Tourism and Fisheries, as she seeks to start her own translation and advertising business.

” I plan to stay forever in Mazatlan, we are putting down roots, my mother has already bought her house and we will also do it as soon as we can, my husband continues with his business selling jackets, soccer jerseys, American football “. 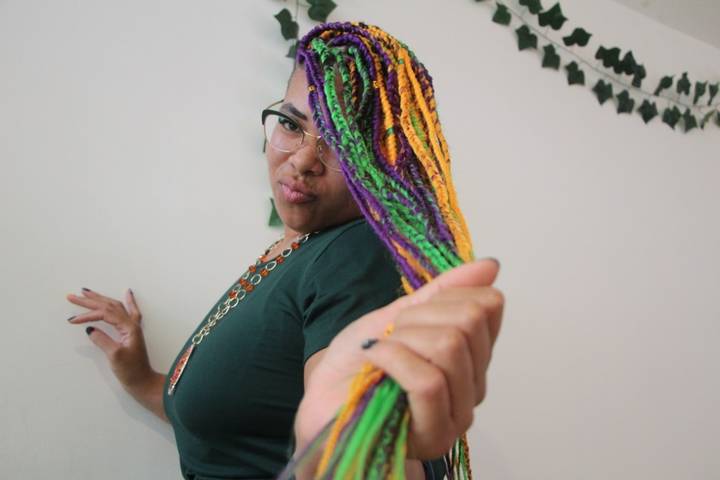 According to the consultation for the identification of Afro-descendant communities carried out by the National Commission for the Development of Indigenous Peoples, all the peoples and people descended from the African diaspora in the world are called that way.

In the case of Latin America and the Caribbean, the concept refers to the different “black” or “brown” cultures descended from enslaved Africans who arrived on the continent, due to the boom in people trade across the Atlantic since the 16th century. until the XIX.

In 2011, the Committee to Eliminate Racial Discrimination (CERD-ONU) made observations to Mexico regarding the exclusion of the Afro-descendant population from the National Population Census carried out by the National Institute of Statistics and Geography (INEGI) , since There has been no ethnic recognition that allows the generation of programs for the promotion of their economic, social, cultural and environmental rights.

In addition to the 50 Afro-descendants grouped in Black Mazatlán, around 150 Haitians who want to come to the United States in search of a better life are also temporarily settled in the port.

-50 people from the United States, Haiti, and Africa make up the Black Mazatlan community.

-1.38 million Mexicans identified themselves as Afro-descendants or Afro-Mexicans, according to the last INEGI census of 2015.

-150 Haitians are in transit in Mazatlan, while they manage to reach the United States.

Afro-descendant towns, communities, and individuals in Mexico are mainly concentrated in Guerrero, Oaxaca, and Veracruz.