A new cyclone could form in the Pacific, the 2021 hurricane and cyclone season does not end officially till end of November

Sinaloa. – The National Meteorological Service on the morning of this Wednesday, November 3, reported that the instability zone maintains a probability of 30 percent for the development of a new cyclone in 5 days in the Pacific.

Two weeks ago the SMN reported that “Rick” could be the last system to touch Mexican land. However, the possibility that a new natural phenomenon could occur is not ruled out. 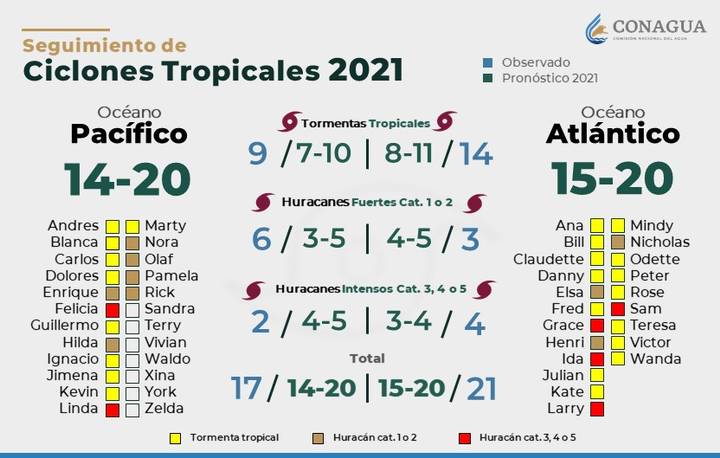 The hurricane and cyclone season conclude until November 30, 2021, and the forecast gives at least 20 of these, but there are three that still had pending registration: Sandra, Terri, and Vivian

In Culiacán, it registers clear skies, with a thermal sensation of 36 degrees Celsius until reaching 19 degrees Celsius, without rainfall, with a warm afternoon.